Cyprus’ Securities and Exchange Commission (CySEC) announced it has fined the CommexFX forex broker another EUR 50 000 for submitting false documents. The decision was taken by CySEC’s board last month but is regarding the years 2012, 2013 and 2015 when the broker filed documents with false information on the company’s bank account balances.

This offense carries a maximum penalty of EUR 350 000.

This is the second fine CySEC imposes on CommexFX over a short period, after it fined it EUR 100 000 for dealing on  “dealing on own account” in March and April 2015, without having authorization to do so.

CommexFX’ troubles with the CySEC have started as early as November 2013 when the board of the regulator imposed two fines, totaling EUR 130 000. It fined CommexFX’ owner and director Abdel Rahman El Amary EUR 30 000 for filing false documents. Another EUR 100 000 fine was imposed on the company for violating the legal requirements for authorization and operating conditions for financial services providers. Interestingly, the information about those fines was made public in July 2015, when CySEC suspended CommexFX’ license.

CommexFX is a broker based in Limassol, offering trade in forex, CFDs and spot metals. The minimum required deposit is $5 and the leverage is up to 1:400. The available trading platforms are MetaTrader4 and Myfxbook Auto Trade.

It has a license from CySEC, dating from 2011. According to the regulator’s website, however, it is currently suspended and has been so since the summer of 2015. In its decision the Commission points out that the eventual continuation of the company operations might endanger the interests of its clients. The final decision on CommexFX’ license is currently pending.

Apparently trading on CommexFX is also suspended, as per the message on its website, saying “temporarily suspended for 15 days”. It is not immediately clear when the 15-day period has started. 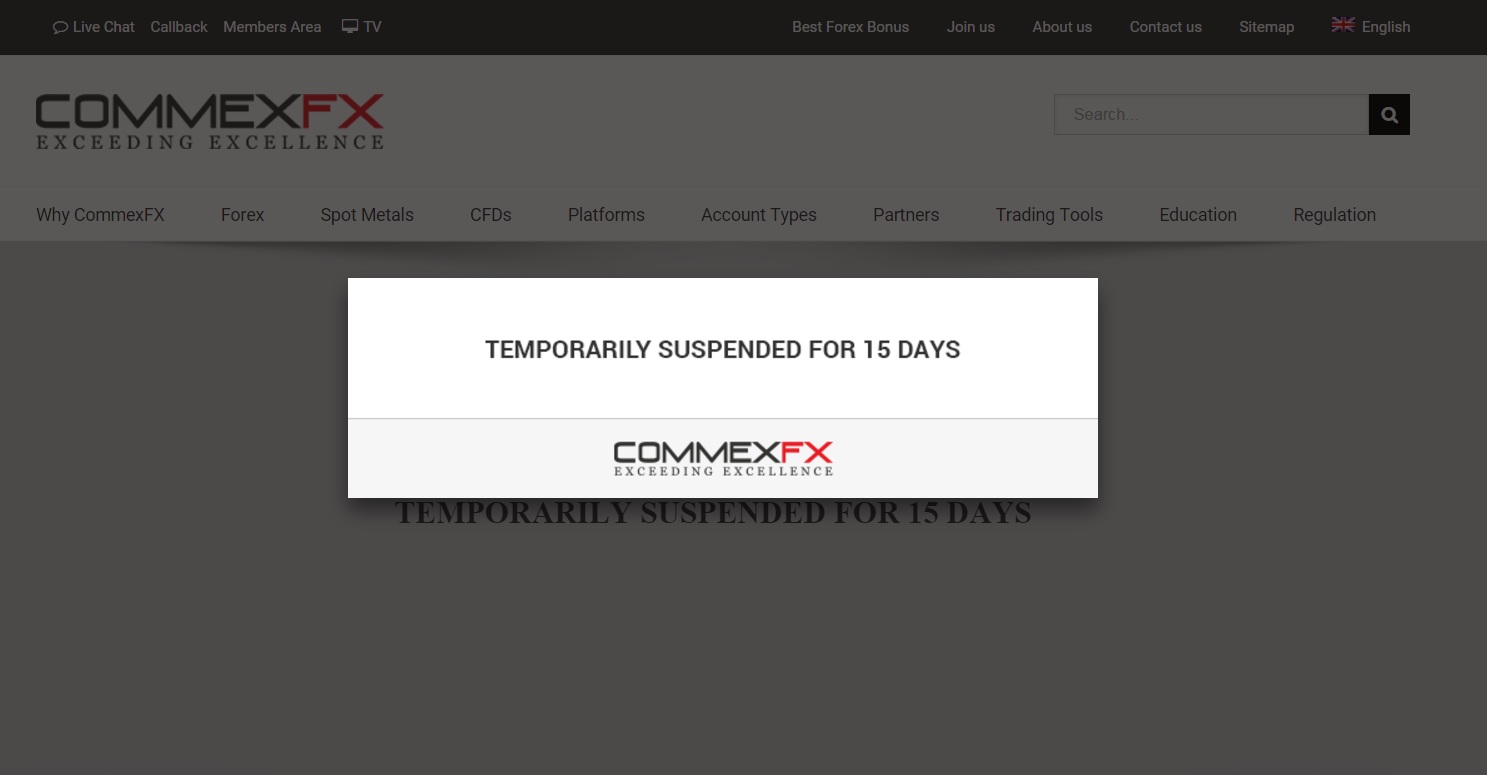