Japanese forex brokerage group GMO Click Holdings said on Friday its preliminary consolidated operating revenue dropped under JPY 2 billion in February 2016, posting a monthly decline of more than 26%. This is the lowest value the group has posted in the current fiscal year (FY), started April 2015. 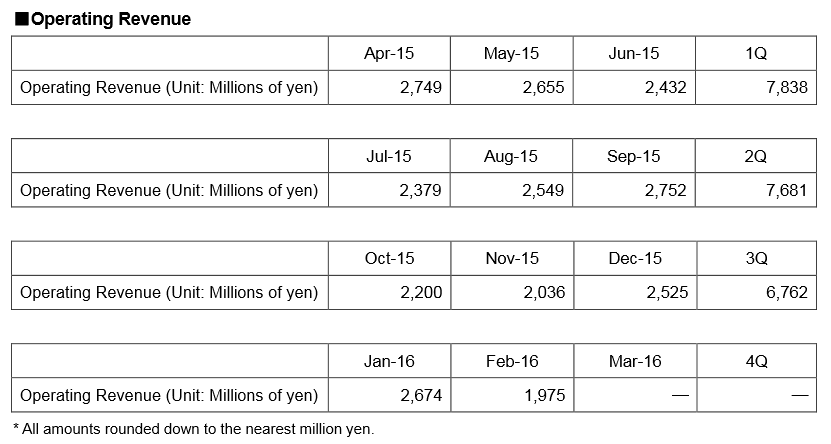 In comparison, Invast Securities, another Japanese forex brokerage, reported its operating revenue went up by a monthly 7.8% to JPY 375 million in February.