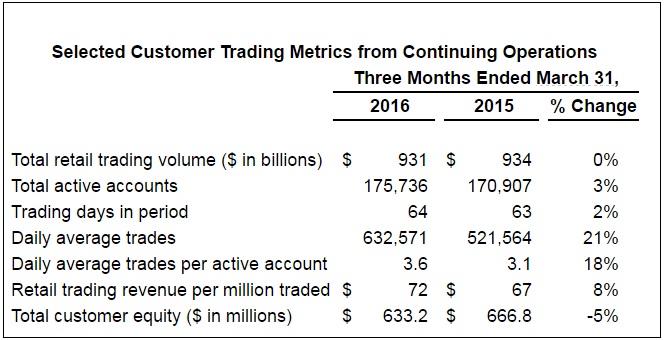 Meanwhile, FXCM continues to actively market some of its non-core assets, but notes it is in no hurry to sell and is seeking greater value through additional time. 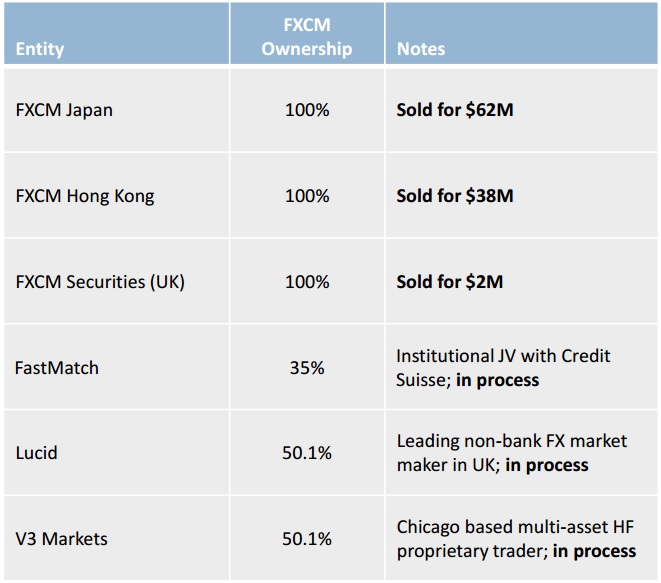 “Based on the current market environment, the key metrics on our retail FX business are healthy,” the company notes. Total active accounts increased 3% year over year, daily average trades increased 21% and total customer equity as of March 31, 2016 was $633.2 million.

In the same period, FXCM made payments of principal and interests to Leucadia National Corporation, under the loan from January 2015. In the period the broker has repaid $117 million of principal due to Leucadia with $193 million outstanding.

In spite of this, however, the broker’s cash position remains stable and is very similar to where it was at year-end, with combined continuing and discontinued operations cash of $235.7 million and a regulatory surplus of $107 million.