Gatecoin, one of world’s largest cryptocurrency exchanges in terms of market capitalization, confirmed it has experienced a hot wallet security breach resulting in the stealing of the equivalent of $2 million in Bitcoin and Ether. According to the announcement on the site of the financial institution for blockchain, it has lost 250 Bitcoins and 185 000 Ethers, which is 15% of of the total crypto-asset deposits held by Gatecoin. As a result, the exchange activities have been suspended while the investigation continues.

In an official statement, Aurélien Menant, founder and CEO of Gatecoin, promised the company will do everything possible to repay all its clients who lost assets as soon as possible.

According to Menant,  the problems started on May 9 with a server reboot, which most likely has been caused by the security breach. Several days later, on May 13, the company detected suspicious activities and immediately suspended all activities in order to prevent further unauthorized access to the Bitcoin and Ether hot wallets.

The cyber security company that Gatecoin hired to investigate the matter –  Tehtri Security – established that the hackers bypassed the defenses of the multi-signature cold wallets where the client deposits are held and made off with the significant sum.

In his statement Menant says that while the investigation continues, the Gatecoin activities will be suspended. Meanwhile, around May 28 the company will launch a special platform where its clients will be able to withdraw all their remaining funds both in cryptocurrencies and USD, EUR and HKD. The exact date is yet to be announced. but the Gatecoin CEO assured that meanwhile the remaining funds are secure.

According to the website coinmarketcap.com, right before suspending its activities Gatecoin had a market capitalization of $5 077 950. It was established as a bitcoin exchange and trading platform in 2013 by the former investment banker Menant. The exchange is licensed as Money Service Operator in Hong Kong and, besides trading in Bitcoin, Ether, Augur Tokens, USD, EUR and HKD, offers cross-border money transfer solutions.

Gatecoin was the first cryptocurrency exchange to offer segregated client bank accounts in Europe – a practice common for the reputable “ordinary” forex brokers. 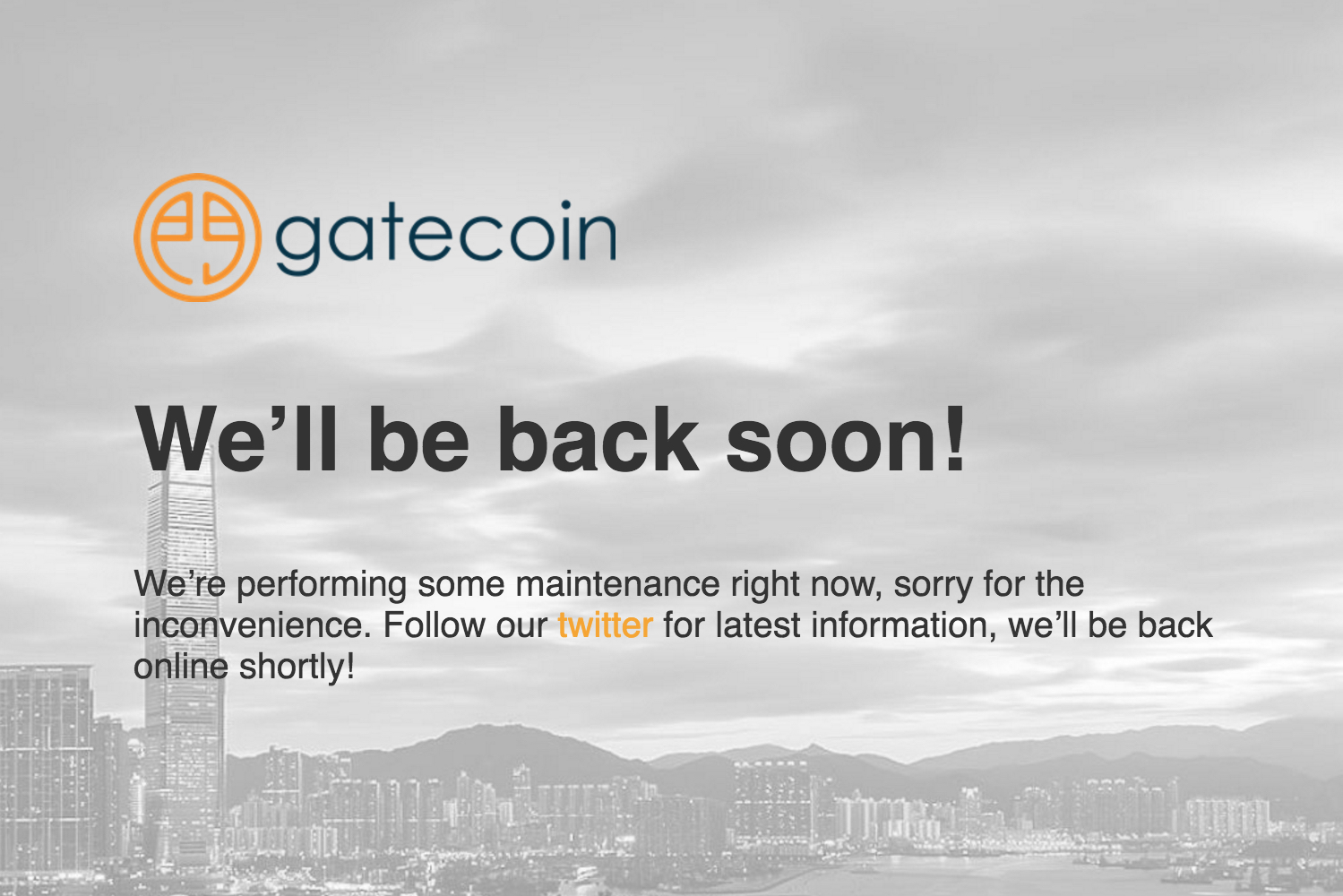