On Tuesday Japanese forex brokerage Monex Group published financial results for the first quarter of Financial year 2017 of its wholly-owned subsidiary Monex, Inc. The published metrics show a substantial decline in both the company’s operating revenue and profit, compared to the previous quarter. 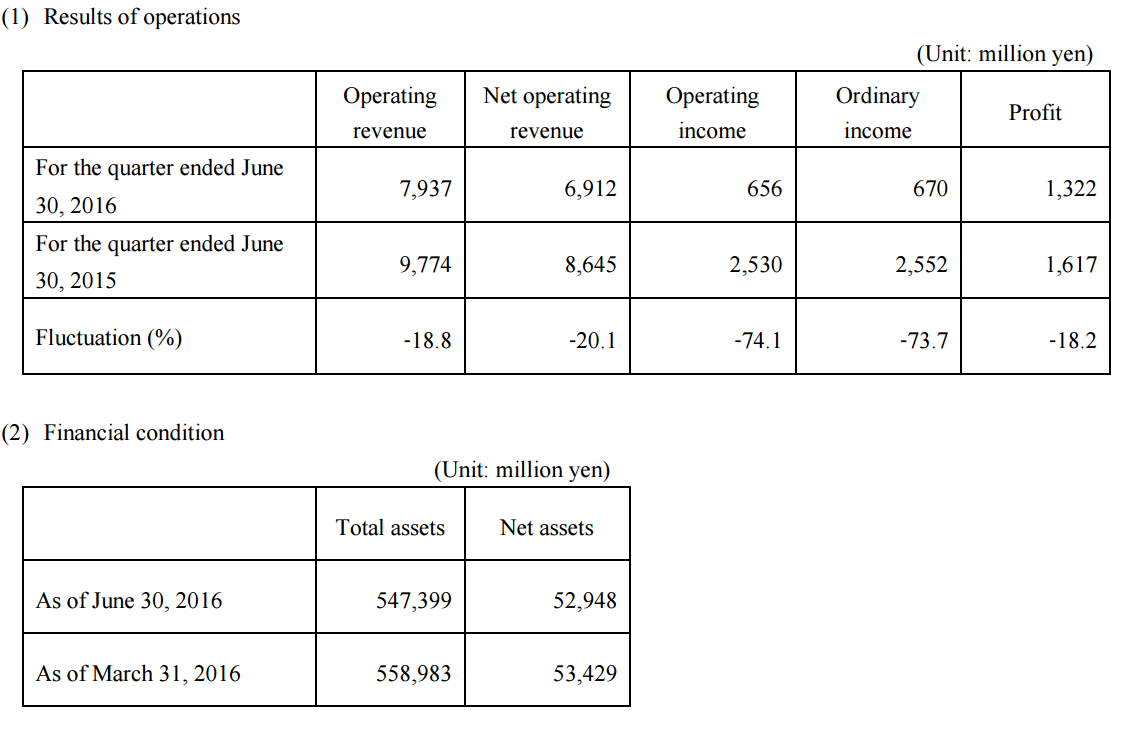 The total and net assets of Monex. Inc. also posted a decline in the period from April, 2016 to June 30, 2016, which is not that substantial.

In order to track down the trends in Monex, Inc.’s financial metrics, here is an excerpt form the company’s income statement for the last five quarters:

As we can see from the table above, the firm’s operating revenue dropped by more than 26% YoY. Although the operating revenue and income of the company post a continuous decline over the last 5 quarters, in terms of profit/loss the financial situation of Monex seems to stabilize during the last two quarters.

Monex Group operates internationally and consists of a group of companies based in Japan, Asia, North America and Europe. The group Group operates under three retail trading brands – Monex, TradeStateion and Boom. The majority of its revenue comes from operations in Japan (about 60%) and the remaining 40% from operations in the US. It did not provide trading metrics about its other subsidiaries.