Nintendo’s stock CFDs are available for trading both on the MetaTrader 4 platform and Forex Club’s own trading platform Libertex. They will be traded in the sessions of the Tokyo exchange, for Japanese yen (00:00-06:00 GMT) and on NASDAQ, for US dollars, between (13:30-20:00 GMT).

According to some user comments on ForexClub’s site, the idea of trading on Nintendo is good, especially the opportunity to have two trading sessions.

Since the launch of the augmented reality game Pokemon GO, the share price of Nintendo, which practically does not have much to do with the latest global craze, peaked, bringing the company’s market valuation to $40 billion, surpassing the eternal rival Sony.

After the majority of investors realized Nintendo is not directly involved with the game, and especially after the company’s official statement that it only has 32% of The Pokemon Company, an affiliate that holds the rights to Pokemon and barely 13% of Niantic – the Pokemon GO developer, they have lost some of their enthusiasm and Nintendo’s share price sank. 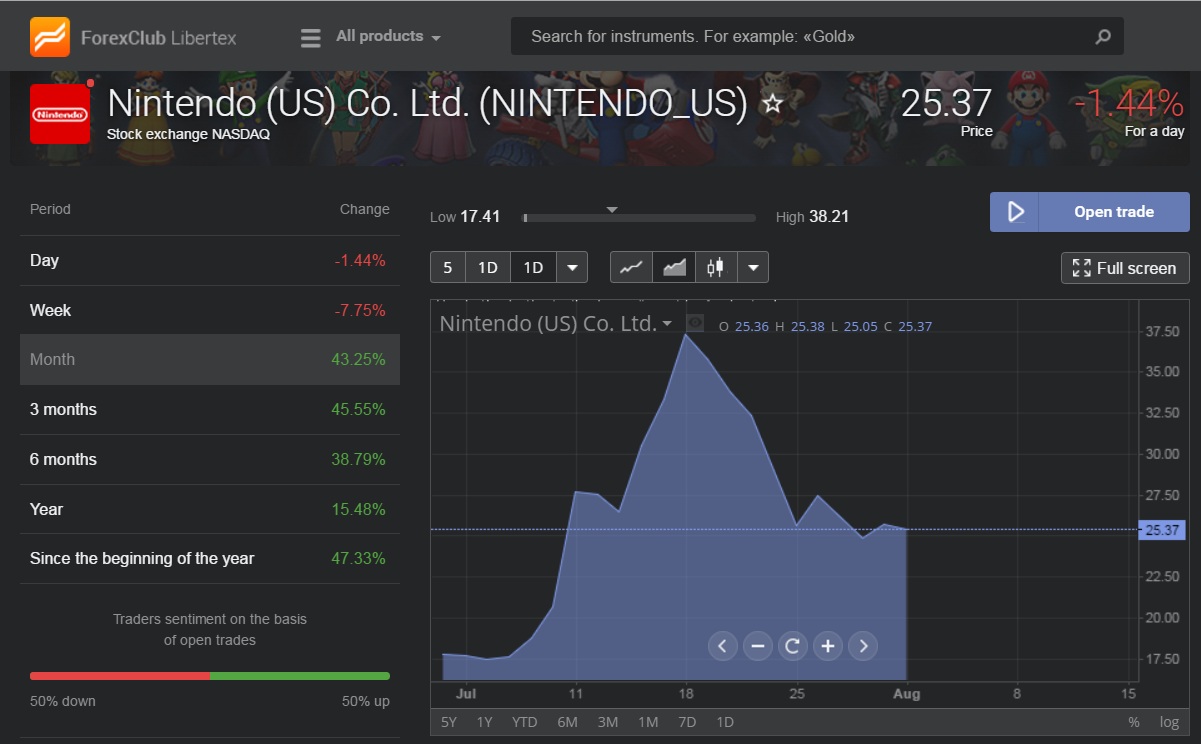 Still, the company is faring much better than before the launch of Pokemon GO and currently has a market capitalization of $36.74 billion. Besides, the Pokemon GO halo effect is driving the sales of Pokemon video games for its 3DS handheld gaming devices. According to Bloomberg, sales of the games Pokemon Omega Ruby and Alpha Sapphire have doubled since the Pokemon GO hysteria hit the world.

ForexClub by far is not the only forex and CFD broker who jumped on the Pokemon GO bandwagon. Last week the UK-regulated broker Fortrade also started offering trading in Nintendo stock.