Top US forex broker Interactive Brokers announced today its July monthly metrics. According to the report, the total number of client accounts the broker handled continued to grow last month, reaching it highest number so far of 360,100, slightly up from June by 1% and 15% up on a yearly basis. What is more, net new accounts opened with the broker in July were 3,300.

Meanwhile, the broker handled 602,000 client Daily Average Revenue Trades (DARTs) in July 2016, 6% down compared to a month earlier and 8% lower than prior year. Annualized cleared DARTs per client account also form a clear downward trend, coming down to an average 390 in July, down from 419 in June and 424 in May. The figure also represents an annual decline of 18%.

What is more, according to the reposrt, client credit balances amounted to $41,2 billion at the end of last month, 4% higher than in June and 16% higher compared to a year earlier. You may find further information about Interactive Brokers’ monthly metrics since the beginning of 2016 below:

In line with its transparency policy, Interactive Brokers provides monthly information on its clients cost of trade. According to the data provided, the clients’ total expenses were 0.3 base points of trade money, while daily benchmark is 0.5 base points for the 12 months. 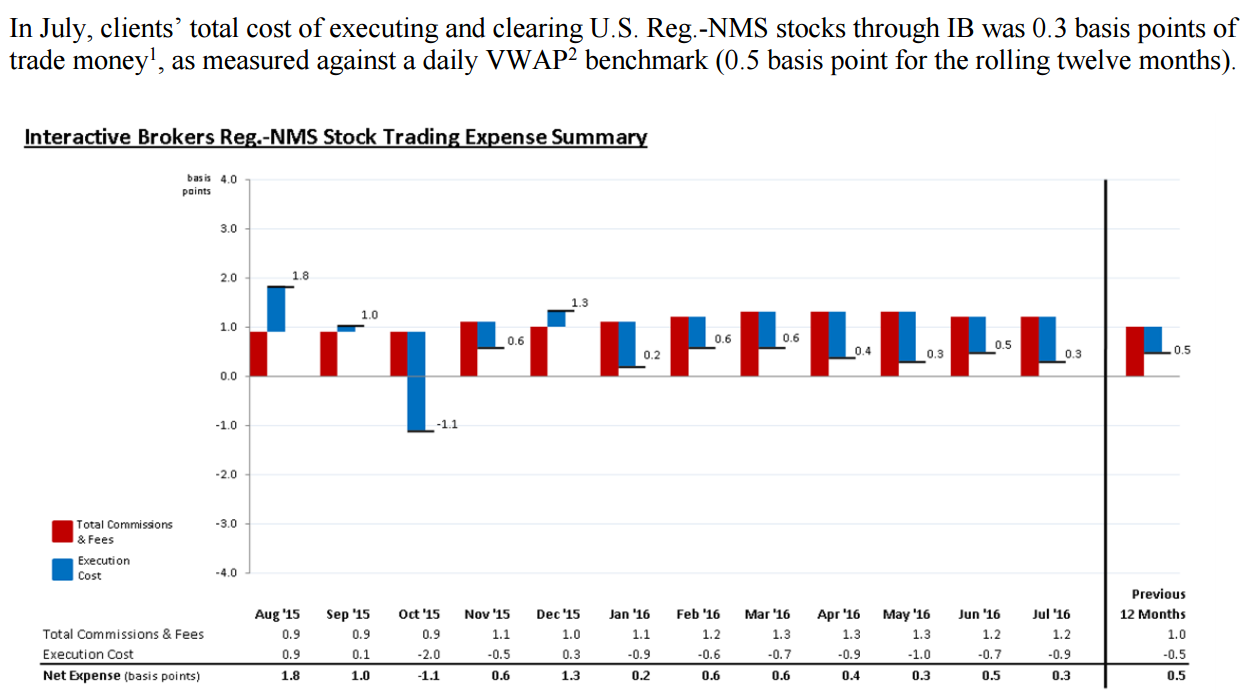 Earlier in July, Interactive brokers released financial metrics for Q2 of 2016, according to which client DARTs for cleared and execution-only customers rose 5% over the year, while the number of customer accounts increased 15% from the year-ago quarter.

Interactive Brokers is a leading US broker and a market maker. It offers online trading in stocks, options, futures, forex, bonds, contracts for difference (CFDs) to retail and institutional clients alike.
The group companies holds licenses by the relevant authorities in the US and the UK and has offices in North America, Europe, Australia, and Asia.

Interactive Brokers Group, Inc. (NYSE:IBKR) was listed on the New York Stock Exchange back in 2007 and is the largest forex broker in terms of Market cap.