Stock analysts at the US financial news and services site TheStreet have downgraded the US forex brokerage Gain Capital Holdings (NYSE:GCAP) rating from “buy” to “hold” in a report released this past Monday.

TheStreet’s publication coincided with Gain Capital’s release of data on the brokerage’s August trading volume which was at its lowest since the end of 2013. The trend continues from March this year, on an annual basis, and was most pronounced in June and July.

The events, however, are hardly correlated because in July the Zacks Investment Research analysis, research and recommendations company also downgraded Gain Capital – from “hold” to “sell”. Furthermore, it is clearly visible that in the past year the brokerage’s stocks are in a downward trend, even though in early August the Jefferies investment bank confirmed its “buy” rating of Gain Capital shares. 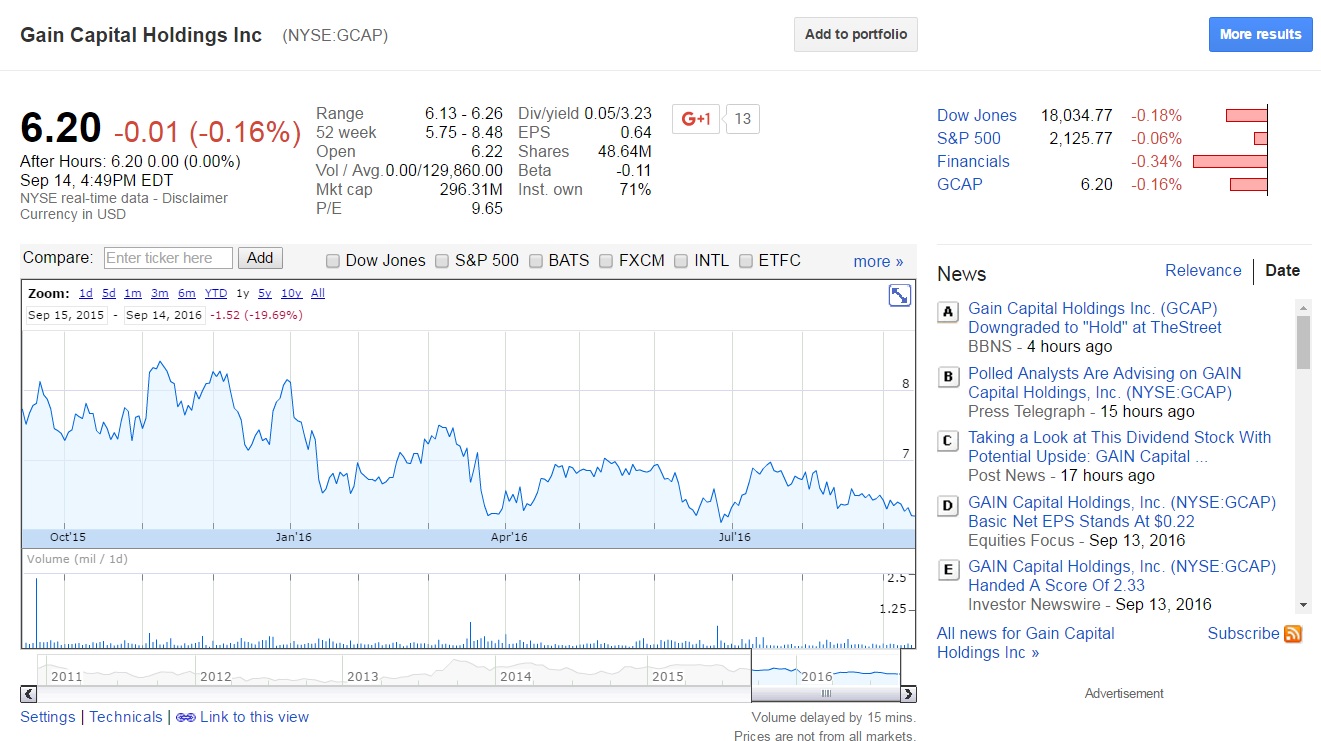 Also in the beginning of August Gain Capital posted the latest earnings results – for Q2 2016. They showed its net income was $10.8 million – up 28.6% from the previous quarter.

Gain Capital Group was established in 2003 and went public on the NYSE in 2010. The company serves retail and institutional clients under the trading brands Forex.com, City Index, GTX, and Gain Capital. It is active in North America, Europe and the Asia Pacific regions. The broker offers trading in forex, commodities, and global equities. Its largest retail forex broker, Forex.com, also offers white label solutions for other forex brokers, operating throughout the world.

Forexbrokerz.com ranks among top 1000 investing sites in the world

Forexbrokerz.com is ranking among the 1000 best sites