OurCrowd, an Israeli equity crowdfunding platform, announced it is closing a $72 million Series C funding round.

Details on the investors are not revealed, besides the sweeping generalization of “financial institutions, family offices, and private investors from five continents.” One of the investors seems to be one of Singapore’s leading banks, UOB Group.

“We understand the ambitions of startups and emerging enterprises and want to help them grow into sustainable businesses. We look forward to working closely with OurCrowd to further develop their platform to support the startup ecosystem both in Singapore and the broader Asian market,” said Janet Young, Managing Director of Group Channels and Digitalization at UOB Group. “Our investment into this Series C funding for OurCrowd reinforces our commitment to supporting startups and small businesses.”

According to OurCrowd’s CEO Jon Medved, half of the newly raised sum will be used for company expansion and its 7 global offices and further development of its platform.

“The other half of the Series C funding will be used to make sure that each and every company which raises funding on our platform receives participating investment from the General Partner on the same terms as the crowd. This new capital will help us hit our goal of investing $1 billion annually by 2020,” said Medved. 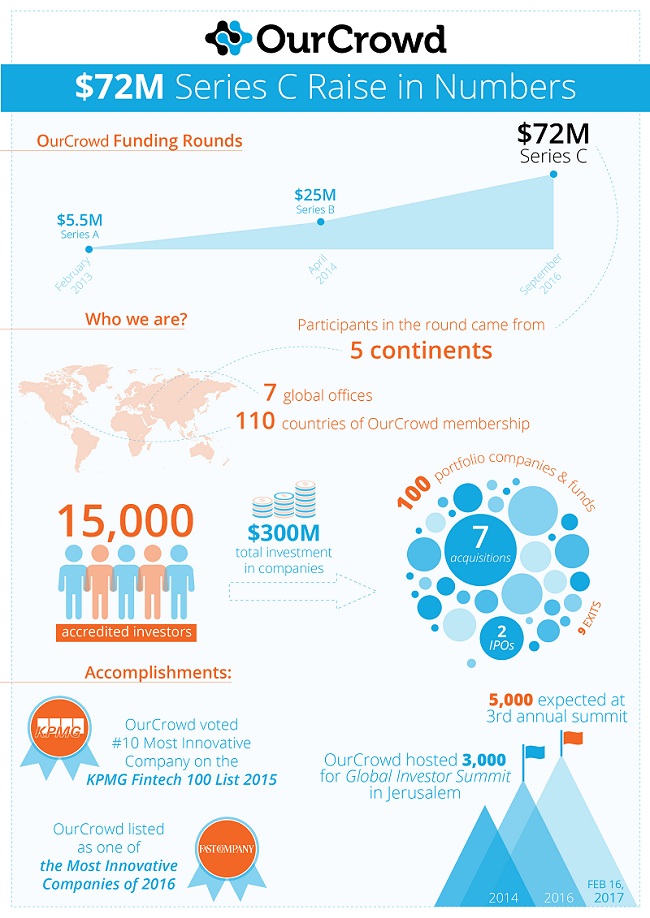 Since its launch in 2013, OurCrowd has invested in 100 portfolio companies and funds on its platform and the investment exceeds $300 million.

Since April 2014, not counting the current investment, OurCrowd has attracted another $35 million in two rounds, with Singapore’s UOB Group being one of them.

Israel to tax cryptocurrencies as assets, not currencies

The Israel Tax Authority (ITA) has confirmed in