In 2015 the Americas alternative finance industry grew 212% from 2014, to reach a volume of $36.49 billion, shows a benchmarking report of the Cambridge Centre for Alternative Finance (CCAF), in partnership with KPMG and the CME Group Foundation. For comparison, in 2014 it was $11.68 billion and grew 162% from 2013.

In the period 2013-2015 the alternative lenders delivered more than $50 billion in funding to individuals and businesses, with the US having the lion’s 99% share of the total volume.

The US is also the second-largest alternative market per capita, after Mainland China, with $113.43. In comparison, China’s per capita volume was $74.54. Canada, which comes in second in the Americas market, has barely $5.82 per capita.

The Latin Americas and the Caribbean regional market is negligibly small, but nevertheless has achieved a 130% in 2015, to reach $110.46 million. 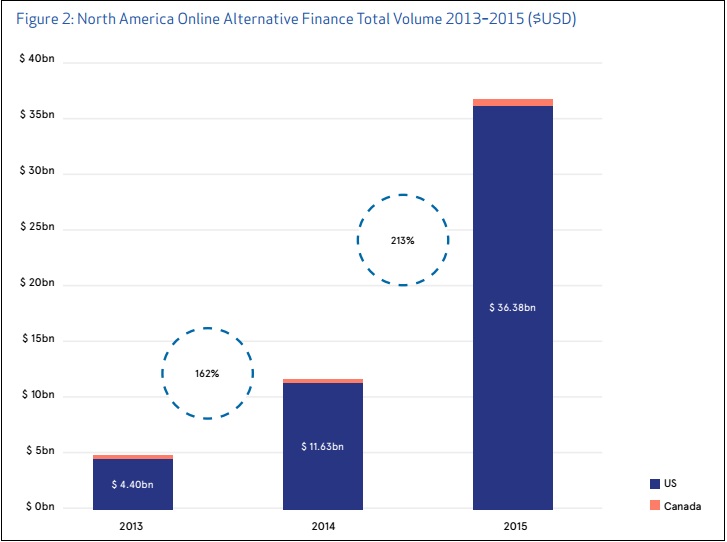 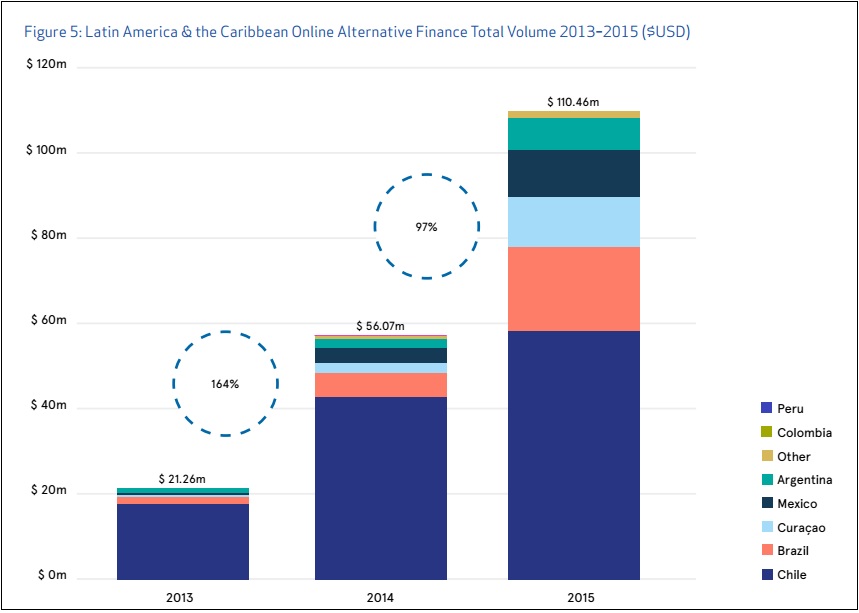 The main driver behind the rapid growth of the marketplace/peer-to-peer (P2P) lending and other online alternative finance platforms, according to the study’s authors, are the technical innovations, speed, convenience and transparency offered by those platforms. Another significant reason for the business to seek alternative sources for commercial loans, is the tight credit and declining loan approval from banks and traditional lenders.

In spite of its rapid growth, the alternative finance market is still a very small part of the overall markets for deb and equity, but addresses demands unmet by “traditional” sources.

The study, entitled “Breaking New Ground”, took eight months to conduct and encompasses 80% of the visible online alternative finance market (by transaction volumes) in the Americas. It focused on marketplace/P2P lending and crowdfunding activities, which is the largest market segment with $25.74 billion accrued in 2015. 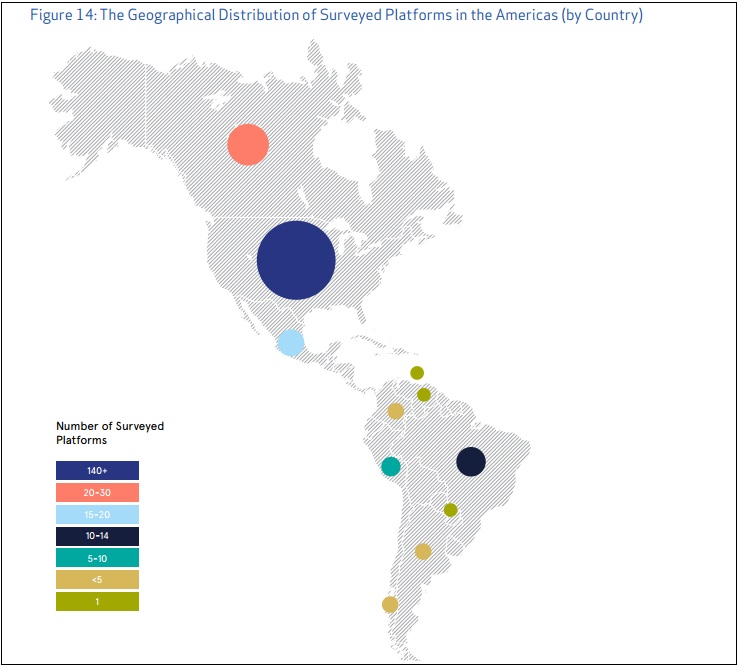 At the same time, the real estate alternative financing models, including real estate crowdfunding and marketplace/P2P lending, in 2015 have generated a little over $1.26 billion in the US, where it is already a well established lending model. It is a fast growing segment in the Latin Americas and the Caribbean, where it generated a transaction volume of $14.86 million in 2015 and a total of $19.37 million between 2013 and 2015. Overall, across the Americas, the marketplace/P2P real estate lending model grew at a rate of 471% in the period 2013-2015. 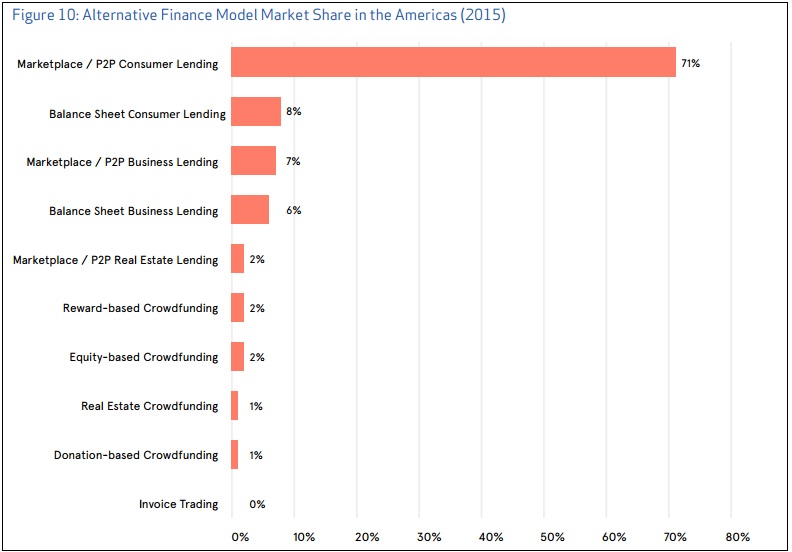 The alternative financing for the business is also growing rapidly, shows the report. Between 2013 and 2015, in the US the platforms have facilitated over $10.81 billion worth of growth, expansion, working and venture capital to 268 524 small and medium enterprises (SMEs). Only in 2015, the online finance platforms lent out $6.88 billion.

In 2015 the SMEs in Latin America and the Caribbean got loans worth $5.61 billion, which is equivalent to 1.26% of all business lending from traditional sources in the US.

Another finding of the CCAF dwells on the entrenched institutionalization of the US loan market, in contrast to the UK alternative finance market where the lenders are predominantly retail investors. Between 2013 and 2015 more than 72% of the alternative business loans and 53% of the consumer loans were funded by institutional investors. The institutional lending is even deeper entrenched in invoice trading – 84% and real estate loans – 74%. Among the institutional lenders are mutual funds, pension funds, hedge funds, family offices, asset management firms and traditional banks.

Similarly to the UK, however, in Latin America and the Caribbean, the lending platforms are also dominated by retail investors.