The UK branch of forex broker eToro saw its net loss narrow to nearly $717,000 in 2015 from $878,500 a year earlier, according to a filing with the UK’s trade register Companies House published last week. The report covers less than two months of actual trading since the broker commenced operations in late November 2015.

The broker provided no trading metrics.

Its assets stayed relatively flat on the year at $1.0 million at the end of 2015. 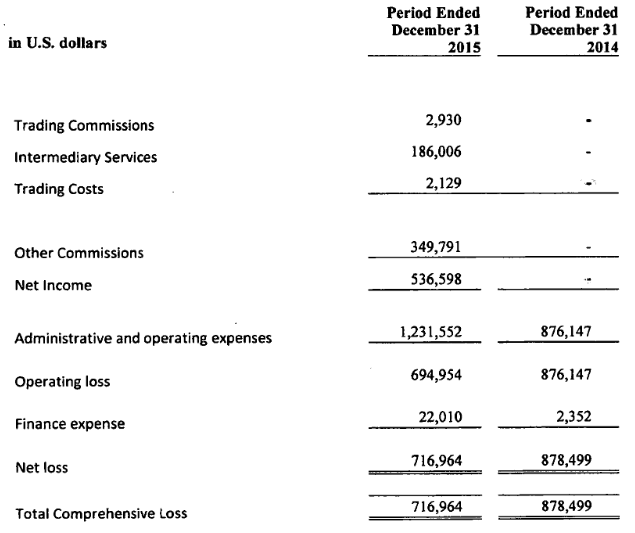 In the period prior to 23 November (when it launched trading), the broker reported only expenses, mainly for marketing. In order to cover its pre-trading costs, eToro UK increased in 2015 its capital by $550,000 in two tranches. All new shares are owned by holding company eToro Group Ltd.

eToro, set up in 2012, obtained a license by the UK Financial Conduct Authority (FCA) in May 2013 and commenced operations on 23 November, 2015. It provides social trading services and its offering includes contracts for difference (CFDs) on forex, commodities, indices, stocks, and exchange-traded funds (ETFs).

eToro Group Ltd. is registered in the British Virgin Islands. The company also owns eToro Europe Ltd. which holds a license by the Cyprus Securities and Exchange Commission (CySEC).