Revenue from interest income stayed flat in the January-September period (with interest expenses cut to a quarter), while that from commissions, fees and service charges slightly down by 1.5%. Meanwhile, E-Trade turned to a gain of $34 million on securities and other instruments in the nine months under review from a loss of $333 million a year earlier.

The broker’s closed September with consolidated assets of $49.2 million, compared to $45.4 million at the end of 2015.

In the third quarter of the year alone, E-Trade turned to a consolidated net income of $139 million from a net loss of $153 million a year earlier and posted a growth of nearly eight times in net to $486 million in total.

“This quarter was transformative for E-Trade as we completed our first acquisition in over a decade, restructured our executive team and refocused the entire organization on growth, which is our unambiguous charge,” said E-Trade CEO Karl Roessner. 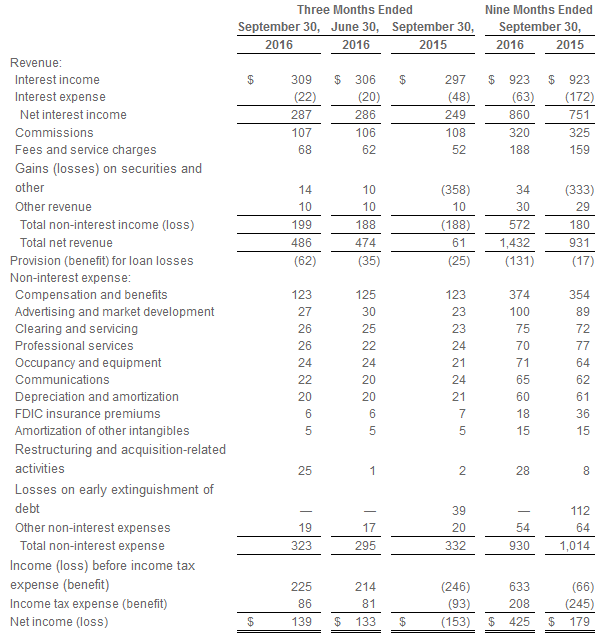 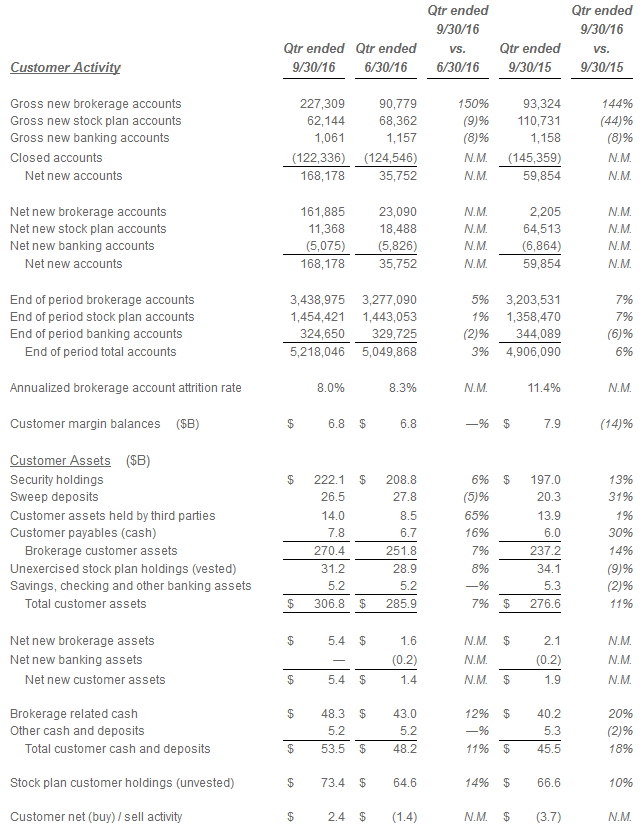