The Australian Securities and Investments Commission (ASIC) said on Monday it reviewed 9,751 misconduct reports filed by the public in the fiscal year (FY), ended 30 June 2016, of which 49% were analyzed and assessed for no further action. Full 11% of the reports were resolved and 25% were referred for compliance, surveillance or investigation. Additional 4% of the reported cases showed no breach or offence and another 11% were not under the regulator’s jurisdiction.

The data is from the ASIC’s latest annual performance report published on Monday. In comparison, a year earlier misconduct reports numbered 9,669 and 42% were assessed for no further action. 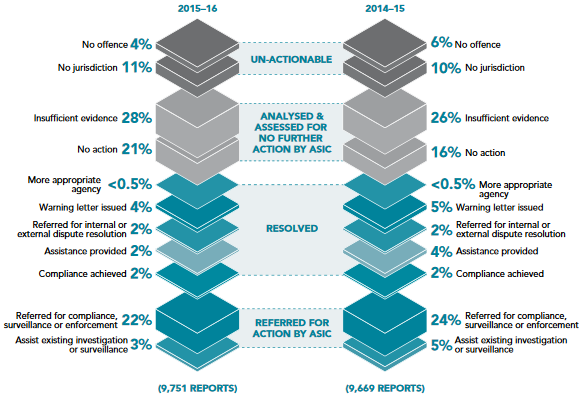 During the year, thanks to the ASIC’s actions, investors received $210.5 million in compensations and remediations from misconducting entities. In addition, financial companies paid in combined $2.3million value of infringement notices and $1.3m in civil penalties.

The share of registry lodgements online has been steadily on the rise in the past few years, reaching 90% in the period under review. 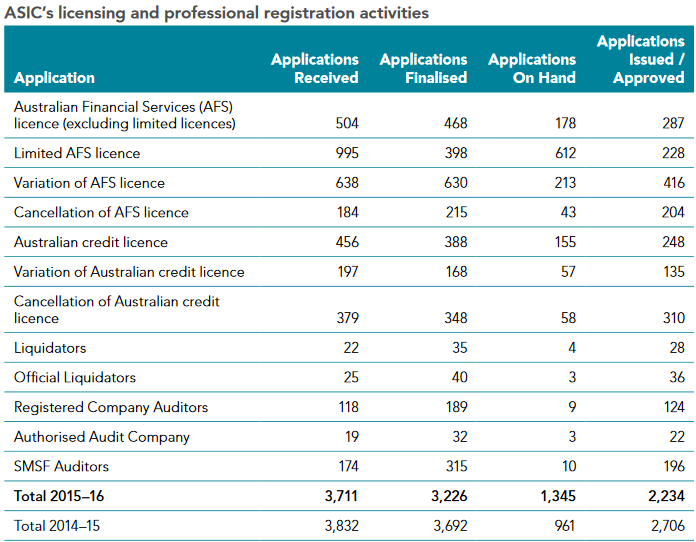 During FY 2016, the ASIC completed 1,441 high-intensity surveillances, more than double that a year earlier. As a result of these, trading alerts increased to 44,224 in the period under review from 37,763 in the preceding year.

During the 12 months under review, the ASIC convicted 22 criminals and jailed 13 individuals. It removed or restricted from providing financial services a total of 136 individuals and entities and disqualified 39 people. 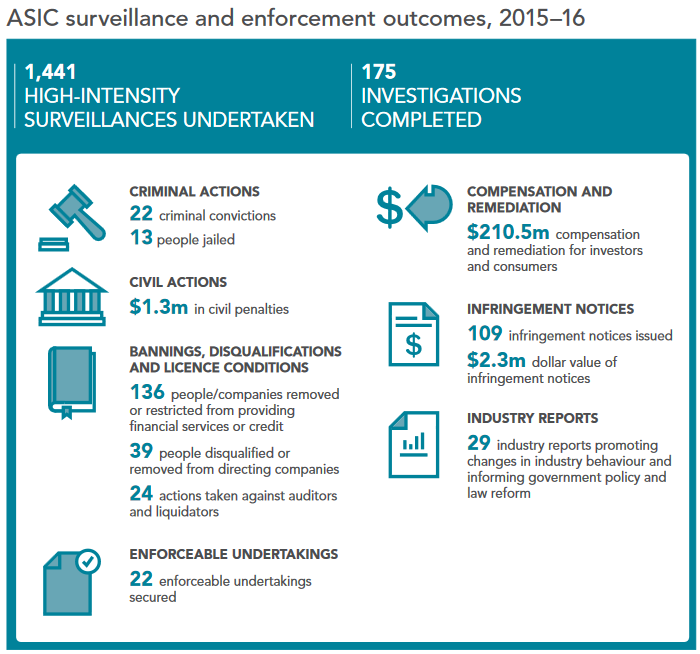 In FY 2016The ASIC made 362 international cooperation requests and received 398 requests from international financial regulators concerning a number of topics, such as investigations, compliance and surveillance, enforcement, policy research, general referrals, delegations, licensing or due diligence.

The ASIC is an independent body that oversees the corporate, markets and financial services markets in Australia. It regulates local companies, financial markets, financial services organizations and professionals who deal and advise in investments, superannuation, insurance, deposit taking and credit.

More than 1200 Australians have lost over AUD