UK forex brokerage London Capital Group, aka LCG, said on Monday it has partnered with Swiss pro tennis player  Stanislas “Stan” Wawrinka, currently No.3 in the Association of Tennis Professionals (ATP) ranking. The broker has signed a four-year partnership deal under which the tennis player would promote the LCG brand. Wawrinka has been dubbed Global Brand Ambassador for LCG.

“I am overjoyed to have partnered with a globally recognized name like LCG. They have put their full confidence behind me and I’m very excited to work with them as I start this new phase of my career,” Wawrinka said as cited by the broker. “2016 has been a phenomenal year for me as a player and I am honoured to become a Global Brand Ambassador for LCG. 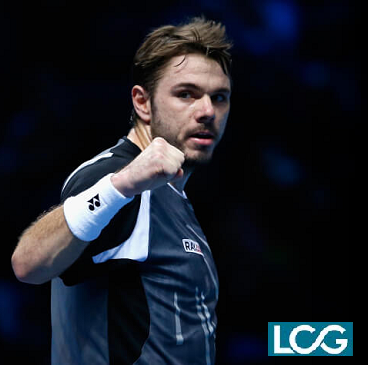 LCG has a strong heritage in its market and a commitment to building its business into a world class player,” he added.

The tennis player’s first game as a LCG brand ambassador will be at the Barclays ATP World Tour Finals, to be held at London’s O2 in the 13-20 November period.

“London Capital Group and Wawrinka share a common passion to achieve and maintain excellence in our respective fields. His unwavering commitment to his sport, make him an ideal partner for us,“said LCG CEO Charles Henri Sabet. “He is an individual who embodies the values of our company, which is why we consider this partnership much more than just branding,” he added.

However, just last week, the French parliament passed a bill that bans the advertising of risky financial instruments (read binary options and CFDs), which also prohibits sponsorship of sports teams by forex and binary options brokers.

London-based LCG is regulated by the UK Financial Conduct Authority (FCA). The company is a wholly-owned subsidiary of holding company London Capital Group Holdings, which offers through its subsidiaries online trading in forex, index, share and commodity contracts for difference (CFDs), as well as financial spread betting (for UK residents).

LCG adds Italy 40, as well as new Finish and Austrian shares to trading