Saxo Bank, a Danish bank specialized in providing online trading services, reported on Thursday its trading volume stayed flat on the month to $266 billion in October 2016, which is the highest since February 2015.

The October volume represents a growth of 22% from a year earlier. On average, the forex bank had a daily trading volumes of $12.6 billion, which was slight up by 2.4% over the month and more than double the value reported a year earlier. 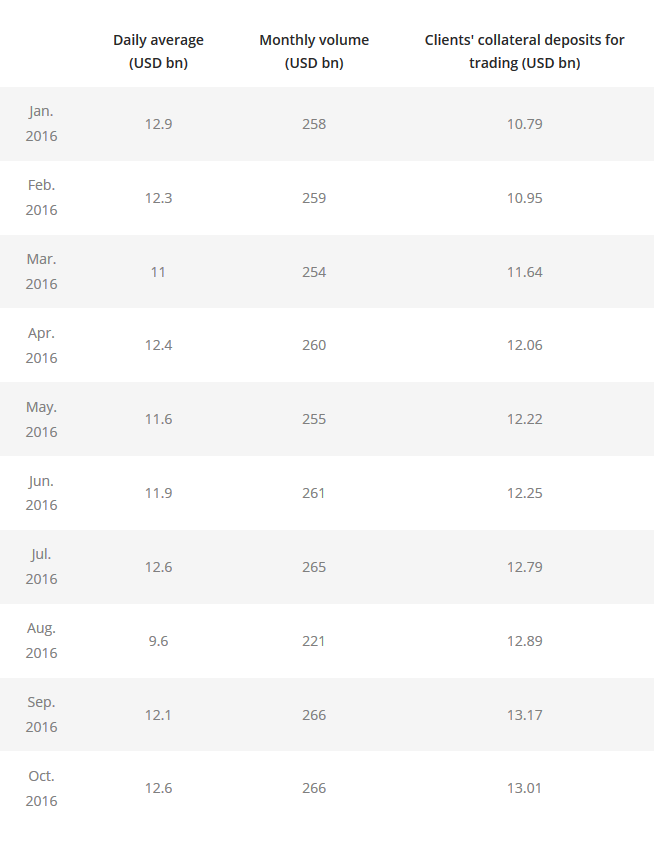