Monex Group, a Japanese forex brokerage, reported on Tuesday its consolidated operating revenue stayed flat on the month to JPY 3.4 billion in October 2016. The figure represents a drop of 17.7% from the same period a year earlier.

Financial expenses went slightly down to on the month by 4.3%  to JPY 330 million, while posting an increase of 9.6% year-on-year.

Monex Group has not been performing very well financially this fiscal year (FY), started 1 April, 2016. In the past quarter, it posted quite low monthly operating revenue values. The highest monthly operating revenue the brokerage has registered in the first seven months of FY 2016 was below JPY 4.2 billion, while the lowest value reported for the same period in FY 2015 was slightly over JPY 4.2 billion (see more details on the bottom).

Earlier this month, Monex announced its daily average revenue trades (DARTs) fell to a new third lowest in October 2016 of 236,895. The only two lowest DARTs levels were reported in August this year (231,108) and in July 2011(231,108) when the brokerage started publishing such data.

It consists of Japan-based holding company Monex Group Inc. and its Japanese subsidiaries Monex Inc., Monex Ventures, Trade Science Corp., Monex Hambrecht, and Monex-Saison-Vnaguard Investment Partners, which is a joint venture in which the group holds a majority stake. In addition, the group owns TradeStation Group, which is in charge of the operations in North America and Europe, and Monex International, aka Monex Boom Group, which is in charge of the Asian business. 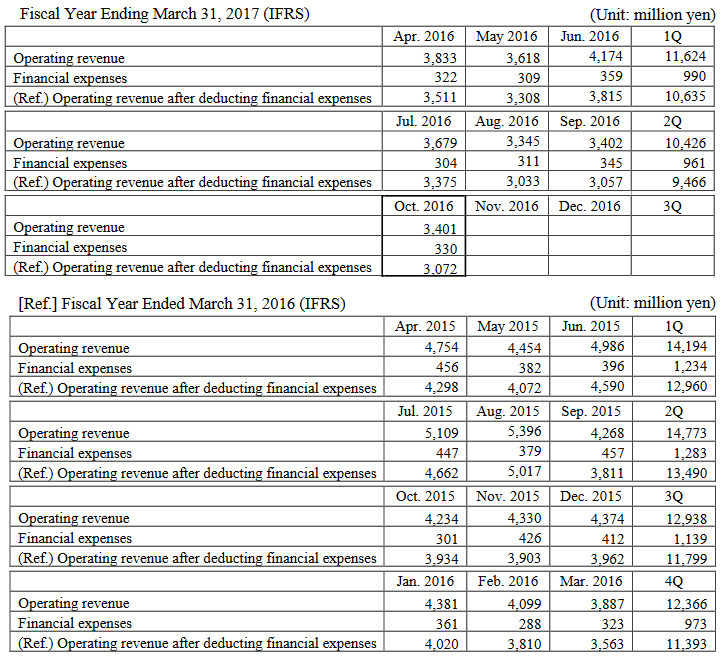