According to the company, the new version of JForex was launched for demo trading in September for testing and was received very well by the users.

The JForex 3 has an interface similar to the older version, making it easier for users who are already familiar with the platform and also allows them to continue trading on previous releases, if they wish.

The workspace of JForex 3 has new options such as restore, a list of 5 recently opened workspaces and restore from backup. There is also the Best Bid/Ask spread shown between best bid/ask buttons, daily price change in % and numerous options for customization, as well as possibility to easily search and subscribe to different trading instruments.

Dukascopy Bank notes that since the release of the previous version of JForex it has significantly increased the number of trading instruments, including new currency pairs, CFDs on commodities, indices and equities, and is planning to continue extending the list.

In the nearest future, Dukascopy is planning to release new generations of the Web platform and iOs application.

Dukascopy Bank, set up in 2004, is based in Switzerland’s Geneva and operated globally through offices in Zurich, Riga, Kiev, Moscow, Kuala Lumpur and Hong Kong. It is licensed as a bank and as a securities dealer by Switzerland’s Financial Market Supervisory Authority (FINMA). The company owns 100% in brokerage Dukascopy Europe IBS , e-payments provider Dukascopy Payments, both based in Latvia, as well as Japanese broker Dukascopy Japan K.K., formerly Alpari Japan K.K. 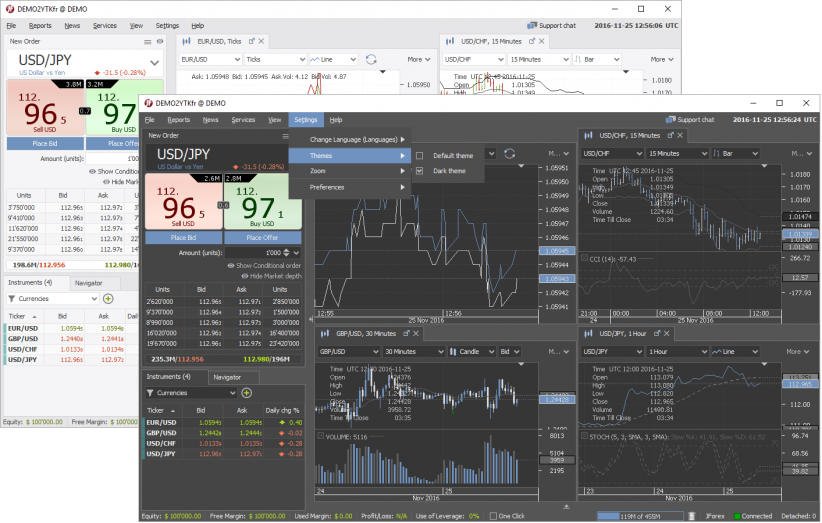