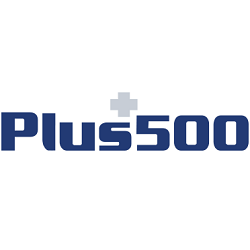 Plus500 is licensed in several jurisdictions and is listed on LSE. It operates in the European Economic Area (EU member states, plus Norway, Lichtenstein and Iceland), Gibraltar, Australia and certain other jurisdictions across Asia, the Middle East and elsewhere. Its subsidiaries include Plus500UK, Plus500AU, Plus500CY and Plus500IL.

Plus500 specializes in Contracts for Difference (CFDs), delivering trading facilities on shares, forex, commodities, ETFs, options and indices. Its portfolio includes over 2000 instruments, accessible via a number of platforms.

Cost of trading with Plus500

Latest news about Plus500

Posted in All News, Featured News, Forex Brokers | Tagged Plus500 | 💬Leave a comment

Plus500, a major Europe-regulated forex and CFD broker announced its results for H1 2017 that ended on June 30, boasting “record first

Posted in All News, Featured News, Forex Brokers | Tagged Plus500 | 💬Leave a comment

UK, which is the largest forex market in the world with a daily average volume of $2.4 trillion, as of April 2016,

Plus500, a major Europe-regulated forex and CFD broker announced it is expecting a strong performance in the first half of this year

Plus500 repurchases 14,543 ordinary shares as a part of its share buyback program

Major forex and CFD broker Plus500 (LON:PLUS) announced on Tuesday it repurchased 14,543 of its own shares as a part of the broker’s $10

Plus500, a major Europe-regulated forex and CFD broker, informed it has kicked off its $10 million share buyback program, which was announced

Plus500 happy with BaFin’s CFD restrictions, too, continues business as usual

Plus500 (LON:PLUS), another FCA-regulated major forex and CFD broker active in Europe, also said it is pleased with the decision of Germany’s