Japanese internet conglomerate Rakuten Inc. said on Friday its broker subsidiary Rakuten Securities posted a revenue of nearly JPY 50.4 billion in 2015, representing an increase of 16% compared to the previous year.

A total of 55% of the broker’s revenue was generated from Japanese equities, according to data from the Rakuten group’s latest annual financial report. The broker’s operating income jumped more than 17% over the year to more than JPY 22.7 billion in 2015. 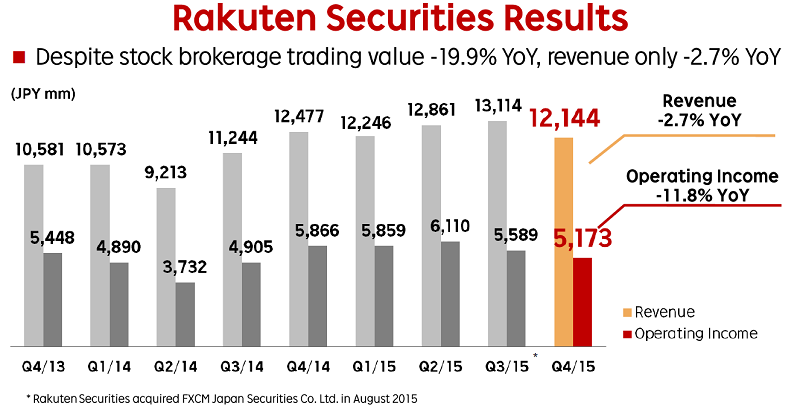 Compared to the same period a year earlier, the broker’s revenue went down by just 2.7%, despite stock brokerage trading value dropping significantly on the year in the last three month of the year. 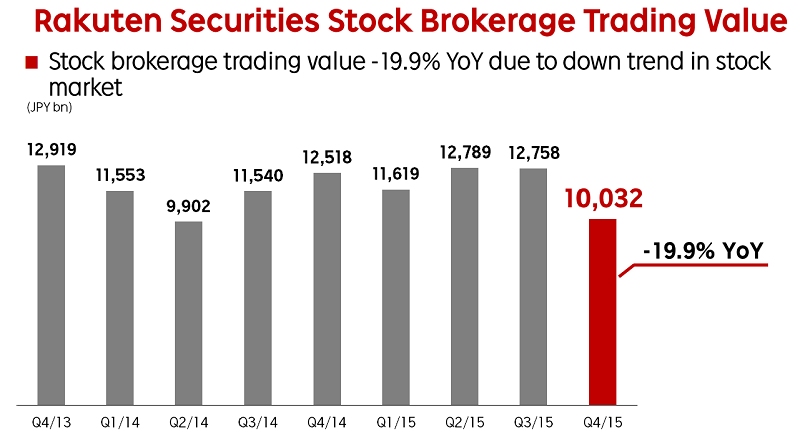 Rakuten Securities’ forex trading volume in the fourth quarter also saw its lowest value for the year of nearly JPY 77 trillion, after dropping by an annual 29% . The figure includes the volume generated by FXCM Japan Securities, which Rakuten Securities acquired earlier in 2015.

Rakuten Securities acquired in 2015 from US forex broker Forex Capital Markets, or FXCM, its two units FXCM Japan and FXCM Hong Kong. Two two companies continue to operate under the FXCM brand and to use the FXCM trading system.

Rakuten Inc. is a holding company and its subsidiaries are active in a number of intenet-based businesses, including finance, retail e-commerce, travel, e-money, and internet banking. It is listed on the Japanese stock exchange.