Plus500, a UK-based online forex broker, said on Wednesday it generated a preliminary consolidated revenue of $275.6m in 2015, which is 20.4% higher than in the previous year. Its consolidated net profit, however, went down by 5.8% to $96.6m last year. According to the report, 90% of the broker’s revenue was from regulated markets, with the remaining being obtained in countries where it operated under a legal opinion. The majority of the broker’s revenue and signups, or more than 65%, was generated from traders who use mobile devices.

It also said the reported decline of 8.6% in earnings before interest, tax, depreciation and amortization (EBITDA) is lower than the expected value. 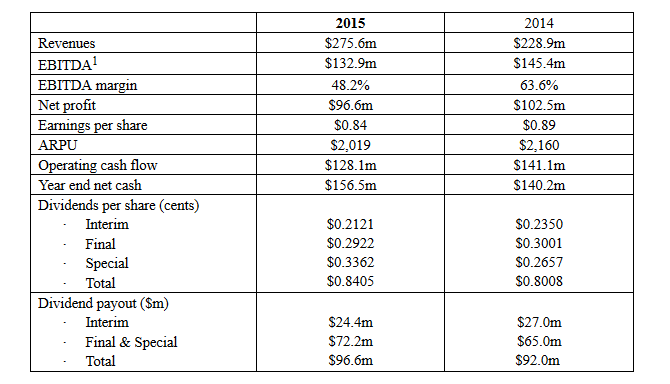 The broker explained the strong revenue results with the increase of new and active customers throughout the year. Plus500’s active customers increased 29% to 136,540 in 2015, while new customers grew by 28% to 84,858. Both new and actice customers saw record high numbers last year despite temporary suspension of customer accounts and onboarding in the UK, which resulted from the disrupted merger agreements with gambling platform developer Playtech.

Plus500 is UK’s second largest CFD broker, according to Investment Trends data reported in July 2015.

“We have started the new financial year strongly and anticipate an active first quarter given strong customer additions and current market volatility,” said Plus500 CEO Gal Haber. “We are therefore confident that Plus500 will continue growing and we believe we will have another successful year with higher EBITDA margin than achieved in 2015.”

In comparison, the revenue of London Capital Group Holdings (LCG), another UK-based forex broker, dropped by 32% to £15.5 million in 2015.

UK-based Plus500 offers trading in forex, options, contracts for difference (CFDs), commodities, indices, and exchange-traded funds (ETFs). It operates its own online trading platform for CFDs available in over 31 languages on desktop and mobile operating systems. It is licensed by three regulators – the Cyprus Securities and Exchange Commission (CySEC), UK’s Financial Conduct Authority (FCA), and the Australian Securities and Investments Commission (ASIC).

In June 2015, the broker entered into an agreement with Playtech on a recommended cash acquisition through which the entire issued ordinary share capital of Plus500 would be acquired by Playtech. The deal was said to be worth about $700 million. However, Playtech broke off the deal due to its concerns that it was unable to meet the requirements of the FCA by the set deadline.