ZuluTrade, a forex and binary options social auto-trading network, said on Monday it has launched Automator, a new feature which allows clients to handle their accounts completely automatically.

The new feature enabels investors to set the rules under which they trade in case of certain market conditions when using ZuluTrade’s auto-trading service. The Automater can monitor the market and notify users in case certain conditions occur, as well as automatically execute all necessary actions pre-determined by users.

“With the Automator, we give our users a powerful new tool that enables them to create and execute their own automated rules, simply and effectively. It has an ‘If-This-Then-That’ logic, so that users can just instruct the Automator to do whatever they want in their accounts,” the broker said in a statement.

For instance, traders can lock their profit when profit-and-loss (P&L) goes over a certain desirable amount. In case P&L of any trade is greater than 150 pips, traders can apply the Trailing Stop function for trades matching the condition at 15 pips. Moreover, if the number of open trades by any trader is greater than 40, users can stop receiving new trades from other traders.

Social trading allows investors to trade, follow other fellow traders and copy their trades and trading signals, or get followed themselves. It is especially suitable for inexperienced traders who don’t feel comfortable selecting their own strategies.

Greece-based ZuluTrade has more than 1.2 million users in more than 240 countries worldwide.

The auto-trading platform allows trading in forex and binary options. It is available as a desktop widget and as a mobile app for iOS and Android devices, as well as for Windows Phone, Blackberry, and Kindle Fire. 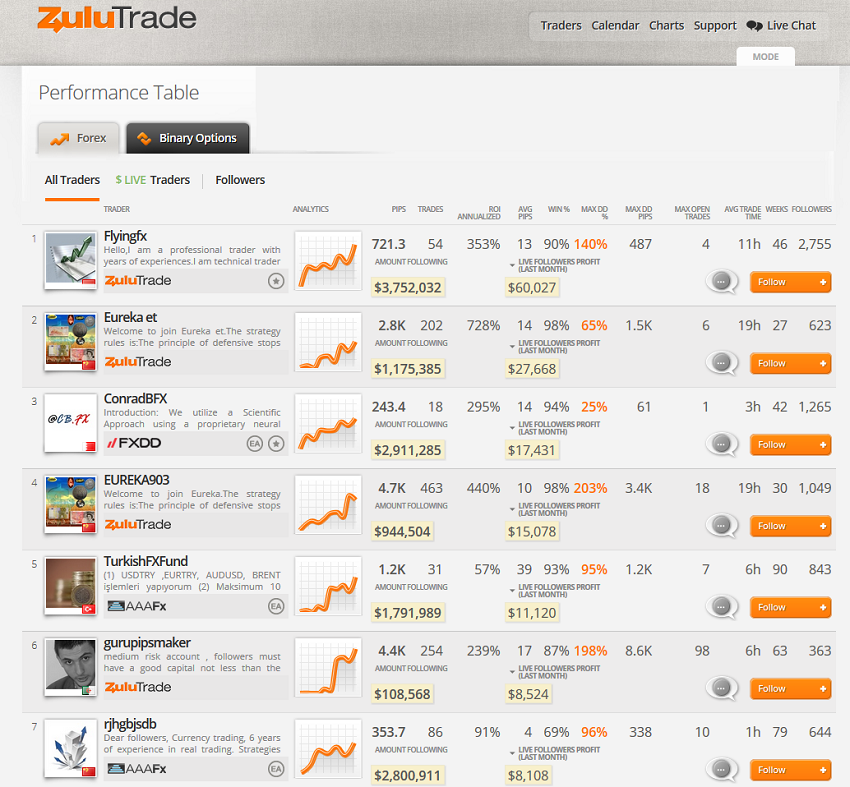 ZuluTrade competes with social trading platforms eToro, Tradeo, and Tradency, among others.