Institutional multi-asset broker INTL FCStone (NASDAQ:INTL) said on Wednesday its consolidated revenue dropped by an annual 75% to $7.1 billion in October 2015-March 2016, or the first half of the current fiscal year (FY). A year earlier, the brokerage house’s revenue exceeded $28 billion. 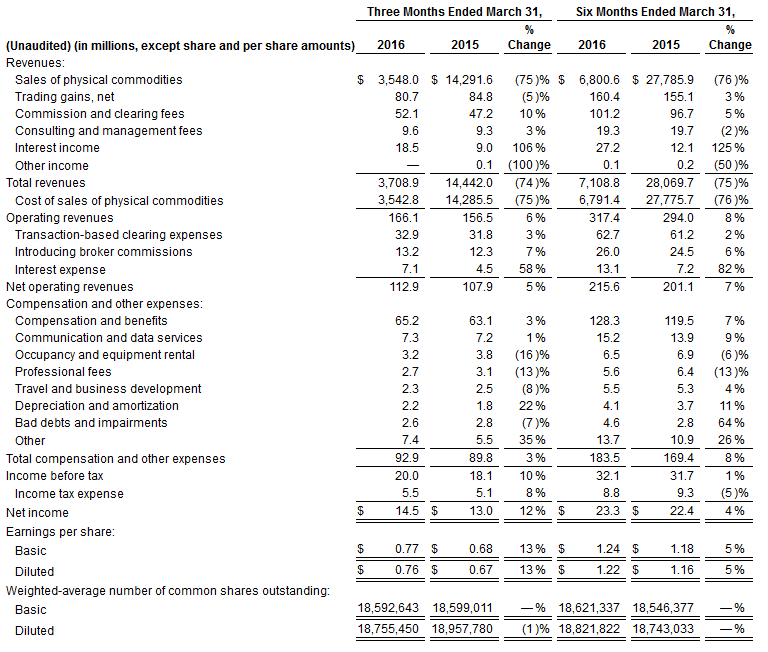 “Our diversified business generated solid core operating results for the quarter which stands in strong contrast to the industry overall.  A strong performance from our Securities segment was offset by a weaker performance in our Commercial Hedging segment,” said Sean M. O’Connor, CEO of INTL FCStone Inc. “We saw a reversal of the immediately preceding quarter’s marked-to-market losses on investments held in our interest rate management program.  For the six months to date we achieved an ROE of almost 12%, which we believe is a best in class performance, but still below our long term target of 15%.”

The broker’s clients include professional traders, brokers, banks, and other organizations.

As a well-capitalized and technologically innovative company, CMC