Russia’s commission for the regulation of relations on financial markets KROUFR issued on Wednesday a warning  notice regarding its decision to blacklist forex service providers Vomma and DartTrader, both  of the same origin, for not allowing clients to withdraw their funds.

The founders of both Vomma, www.vomma.org, and DartTrader, www.darttrader.com/ru, are affiliated with A&P Financial Group, www.apfinance.org, which closed without returning investors their deposits, leaving them at a significant loss. 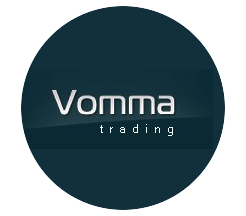 Both brokers have been recruiting new clients by offering them bonuses for registering with them and funding their accounts. However, once they deposited an amount, traders could not carry out a transaction or get their money back. When asked by traders wat the reasons were for not being able to access their funds, the either of the brokers provided an answer.

Moreover Vomma and DartTrader have been luring customers and personnel of other forex brokers, collecting personal information from these brokers’ database and using it to open accounts with falsified documents. They then were able to execute various frauds and financial manipulations.

The two companies acted in the same dishonest way. The two entities are clearly related, which is further reaffirmed by the fact that when opening an account woth DartTrader, its website redirects to that of Vomma, the KROUFR said.

Our research showed that DartTrader’s website is no longer available. Instead, it redirects to a new web address, www.star.com, which claims to be the first PIN-debit network. It is unclear what its connection with the scammer brokers. Vomma’s website, on the other hand, is still operational. It says it is incorporated in the Seychelles, but it provides no information regarding authorization or licensing.

Both Vomma and DartTrader were launched in early 2015. They both target customers from Russia, Indonesia, Malaysia, and the Commonwealth of Independent States (CIS), or the former Soviet countries.

In Russia, local forex brokers are required to hold a license by the Central Bank of Russia (CBR) and to be a member of a self regulatory organization (SRO) with at least ten members in order to target local citizens. However, such restrictions do not apply for foreign brokers, as a result of which most market participant continue to operate in the country through their foreign units. In fact there are just three license forex brokers in Russia – Finam Forex, TeleTrade, and TrustForex.

In mid-March this year, the CBR established a register of SROs and has already included several such organizations, but KROUFR is not one of them.  It said at the time that organizations that have been active as self-regulatory bodies for at least a year will receive a registered SRO status within a two-month period, but some well-known SROs are still missing from the register. One reason for this are the contradictory rules under which a SRO can only be registered if at least one of its members is a licensed forex broker, while forex brokers can obtain a CBR license only if they partake in a SRO with at least 10 members.

KROUFR, set up in 2006, is a non-profit organization that aims to develop services and regulate the relationship between Russian participants of global financial markets, forex included. It provides mediation services in case of dispute between its members and their clients. Its members include online brokers TeleTrade, FreshForex, Forex Club, Larson&Holz, and trading platform UTIP, while its black list has grown to include 21 entities.