Saxo Bank, a Danish bank specialized in providing online trading services,  will decommission SaxoWebTrader, the web-based version of its in-house trading platform, over the upcoming months., Saxo Bank Cyprus, part of the group, said on Tuesday. The broker will discontinue the market overview function in the platform from 30 July, 2016.

Due to the upcoming end of life of the web platform, the broker urged users to transition to SaxoTraderGO, a mobile trading platform that was launched a bit over a year ago. 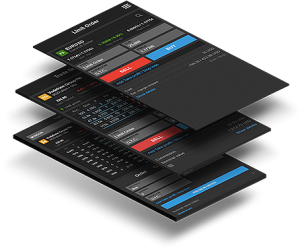 At the end of last month, Saxo Bank introduced a comprehensive overview of global equity markets on the SaxoTraderGO. In addition, it has been expanding the services available via the mobile platform with new studies and other features, as well as enhancement of the existing features. Within its first year of operation, the mobile platform’s growth exceeded the expectations. It is used, through a white label partnership, by more than 100 financial institutions worldwide.

Saxo Bank’s trading platform offering consists of SaxoTrader, its most popular one, and SaxoTraderGO, the mobile version of the SaxoTrader, in addition to the SaxoWebTrader. SaxoTraderGO, available for web deviced and such with Android and iOS operating systems, was launched in May 2015, and in November the same year the bank discontinued the other two trading platforms it operated at the time – the SaxoMobileTrader and SaxoTabletTrader. SaxoWebTrader was also intended to be discontinued by the end of 2015, but it is still functioning.

Saxo Bank holds a banking license from Denmark’s Financial Supervisory Authority (FSA) and acts as a brokerage firm and a market maker, offering trading in more than 30,000 instruments, including forex, binary options, contracts for difference (CFDs), stocks, futures, and bonds.

The group operates through its subsidiary companies across Europe, Asia and the Middle East, Australia, South America, and South Africa.