Breaking News
Home
All News
The most downloaded trading app in the UK: Trading 212 – stats

Trading 212 proudly announces that since January 2016 it has been the front-runner in trading apps with a sizeable lead over its competitors, which include leading UK brokers Plus 500, CMC Markets, IG Trading and City Index.

It turns out that Avus Capital, operating the Trading 212 brand, is number one mobile trading app provider over the course of the last six months for both iOS and Android devices, according to the statistics provided by the business intelligence and analyst company App Annie.

The Trading 212 app offers trading in more than 400 financial instruments, including forex, gold and stocks, plus charts, financial news, analyses, as well as a free demo account. It allows users to open and manage positions, control risk and track their performance.

Here are two separate charts for iOS and Android devices: 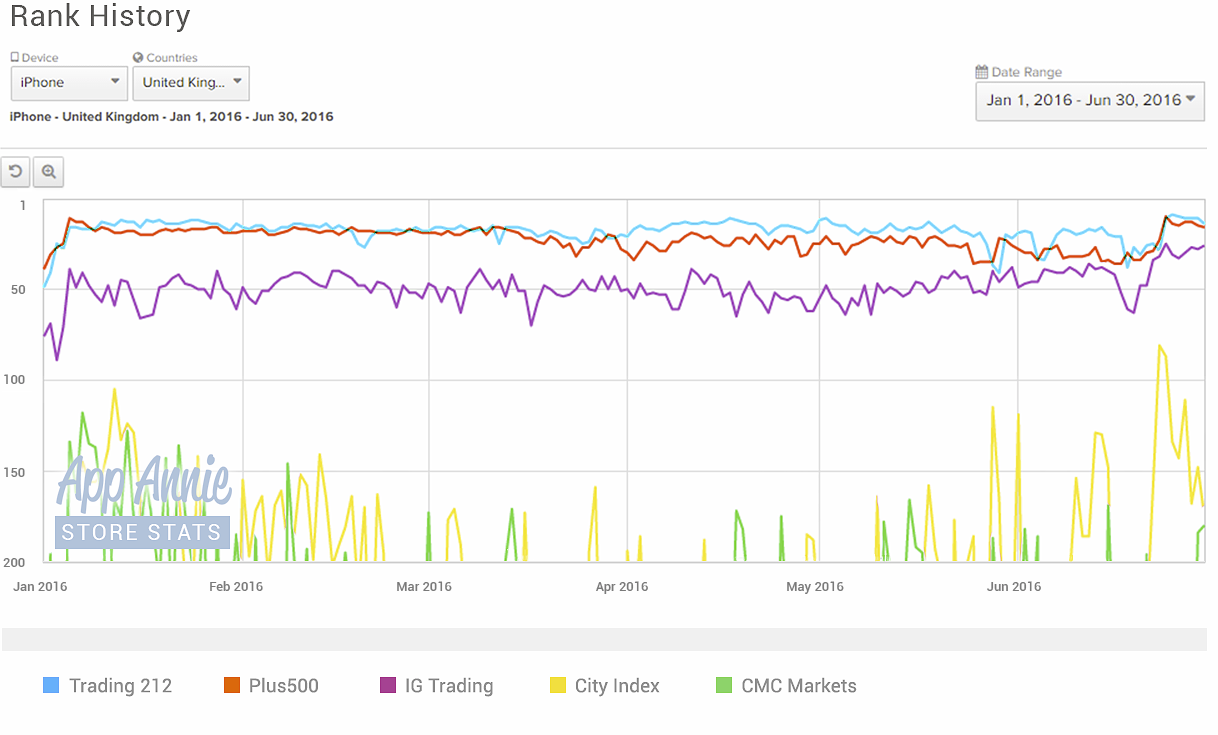 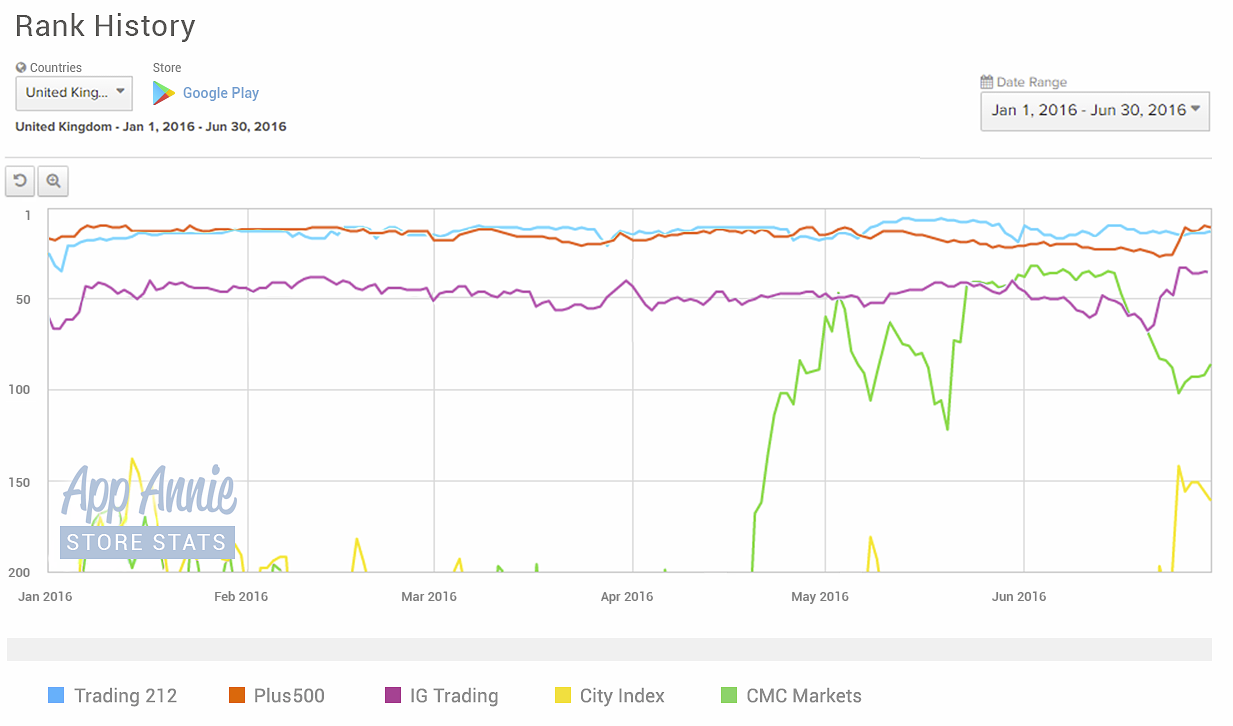 The rapid rise of mobile trading has proven that the shift to on-the-go trading needs a superior app that bridges the gap between the universal smartphone users and global markets.

In March the SMN Weekly team made an in-depth analysis and comparison between Android trading apps of different brokers, based on the number of installations. Back then, the Trading 212 app rated second, outstripped by the Plus500 app. The iOS Trading 212 app also proved to be among the popular ones.

Trading 212 is owned by the Bulgarian-based company Avus Capital. It is regulated by UK’s Financial Conduct Authority, the Cyprus Securities and Exchange Commission and Bulgaria’s Financial Supervision Commission. It provides trading of forex and contracts for difference (CFDs) on forex, gold, oil and stocks in more than 65 countries, including Germany, Russia, and China.