Breaking News
Home
All News
E-Trade’s DARTs drop over the month, over the year

Multi-asset brokerage E-Trade Financial Corp. (NASDAQ: ETFC), operating under the E-Trade brand, reported daily average revenue trades (DARTs) in July 147 100 – 1% less than in June when they were 148 941 and 2% less than last July.

The net new brokerage assets in July were $0.3 billion. In the period the brokerage-related cash increased by $2 billion and totaled $45 billion, up 4.7% from June and 9.2% from last July. At the same time, the net new banking deposits remained flat. 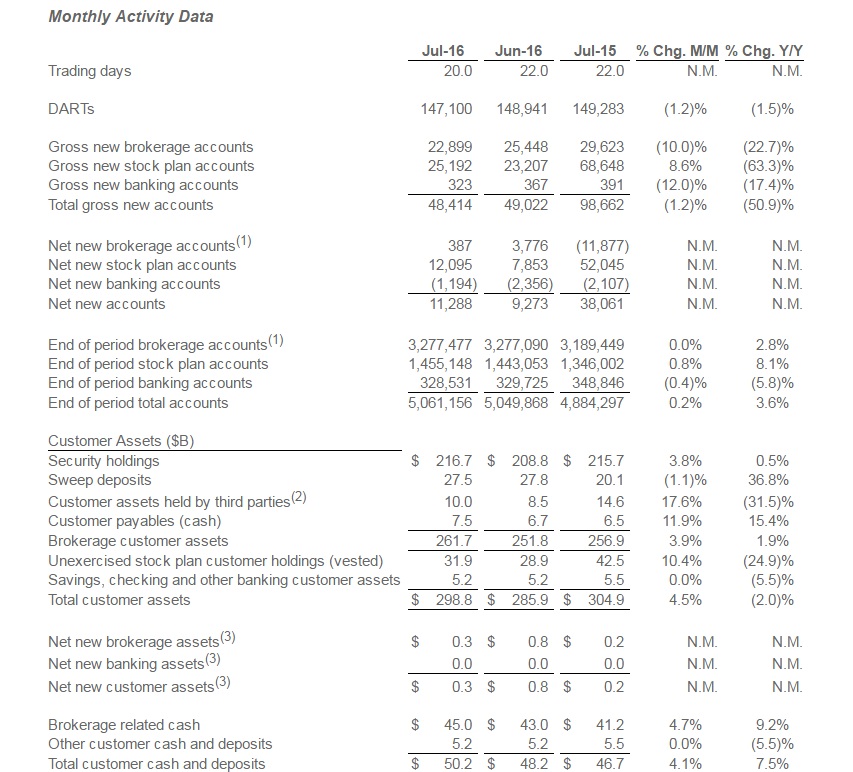 New York-based E-Trade Financial Corp., offers various financial services, online brokerage and banking services. It works primarily with retail clients through its 30 offices across the US.

Recently E-Trade released its Q2 2016 report, which showed that its DARTs dropped, while the net revenue rose, compared to the previous quarter.

Also in July, E-Trade informed the Unites States Securities and Exchange Commission (SEC), it has entered into a definitive agreement to acquire Aperture New Holdings, Inc., the ultimate parent company of OptionsHouse for $725 million in cash.