Litecoin got finally listed on GDAX (Global Digital Asset Exchange) yesterday and after the news broke, it became the fourth largest cryptocurrency by market cap, outperforming Etherum Classic and Steem.

Launched in 2011 and often referred to as the “silver to bitcoin’s gold”, Litecoin’s main advantage is its speed – it aims to offer faster transaction confirmation times for traders. That is why its listing on Coinbase’s GDAX was long anticipated. Responding to trader interest, the exchange added the following pairs to trading:

In fact, Litecoin’s price rose by 10%, as the news of its listing on GDAX spread among traders. 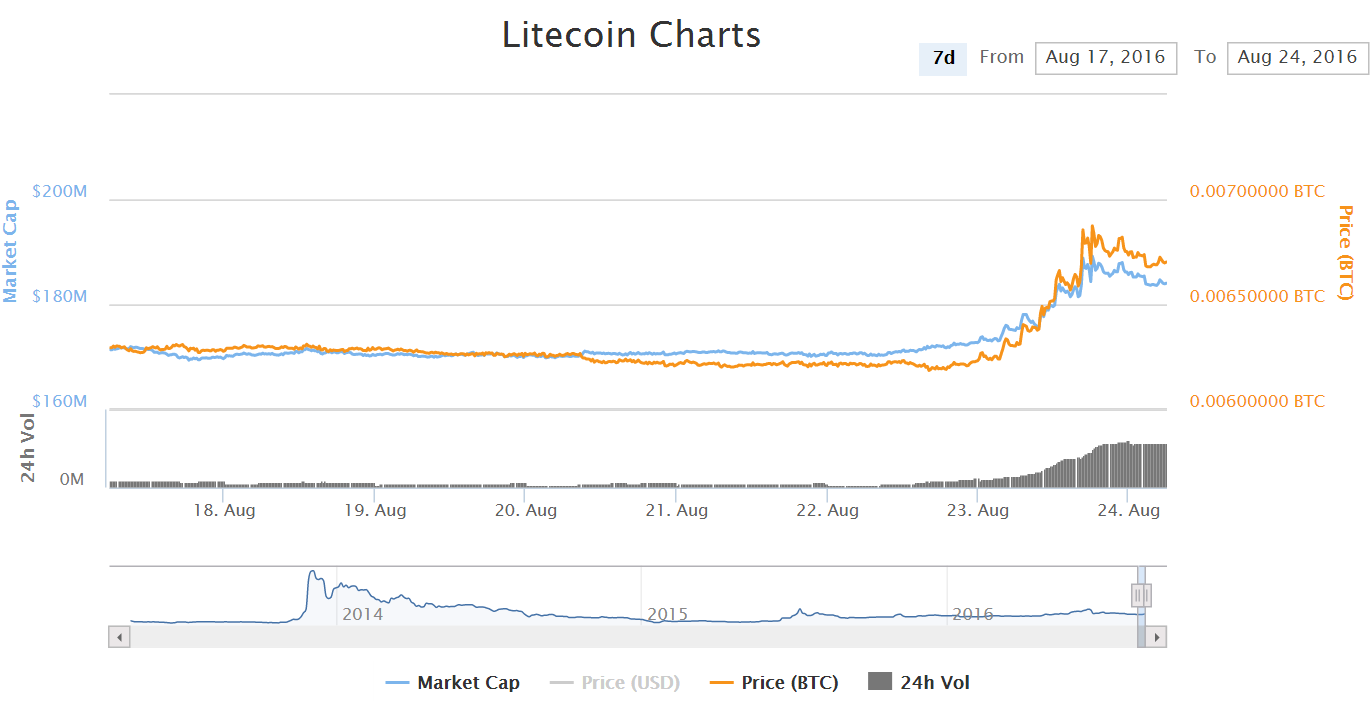 Only time will tell whether Litecoin’s spike is only a temporary thing, driven by the news, or a long-term trend. Indeed, GDAX’s move doesn’t change the cryptocurrency’s fundamentals, but Litecoin’s adding to the exchange can create a bit more liquidity, even though the platform is far from popular.