Singapore continues to be the largest forex center in the Asia-Pacific region and the third largest market on a global scale, outperformed only by London and New York, the Monetary Authority of Singapore (MAS) said on Thursday.

The data is based on the Triennial Central Bank Survey conducted in April 2016 on the global forex and over-the-counter (OTC) derivatives markets by the MAS and the Bank for International Settlements (BIS). The survey concerns the turnover in the OTC forex and interest rate derivatives markets and aims to provide an overview of the development of the market participants.

The UK had in April 2016 a daily average volume of OTC and forex derivatives of $2.4 trillion, followed by the UK with $1.3 trillion. Singapore was third with a lot lower volume of $517 billion. Although the UK and the US are relatively unchanged from 2013 when the previous report was published, Singapore posted a growth of 35%. According to the MAS, the growth of the Singaporean forex market is mainly affected by the 10 most popular currencies and the Asian currencies, such as the Chinese yuan (CHY), Japanese yen (JPY) and the South Korean won (KRW).

“Singapore is building on its role as the preeminent marketplace in Asia for global and regional banks, non-bank financial institutions and corporate treasurers to manage their FX risks,”, said Jacqueline Loh, deputy managing director of MAS. “MAS is working with the industry to further enhance price discovery, liquidity and transparency in our FX market by strengthening electronic trading capabilities and anchoring market infrastructure.”

Following is detailed information for the different countries covered by the BIS survey about the turnover of forex and OTC derivatives in the April 1995-20156 period (daily average, in billions of USD): 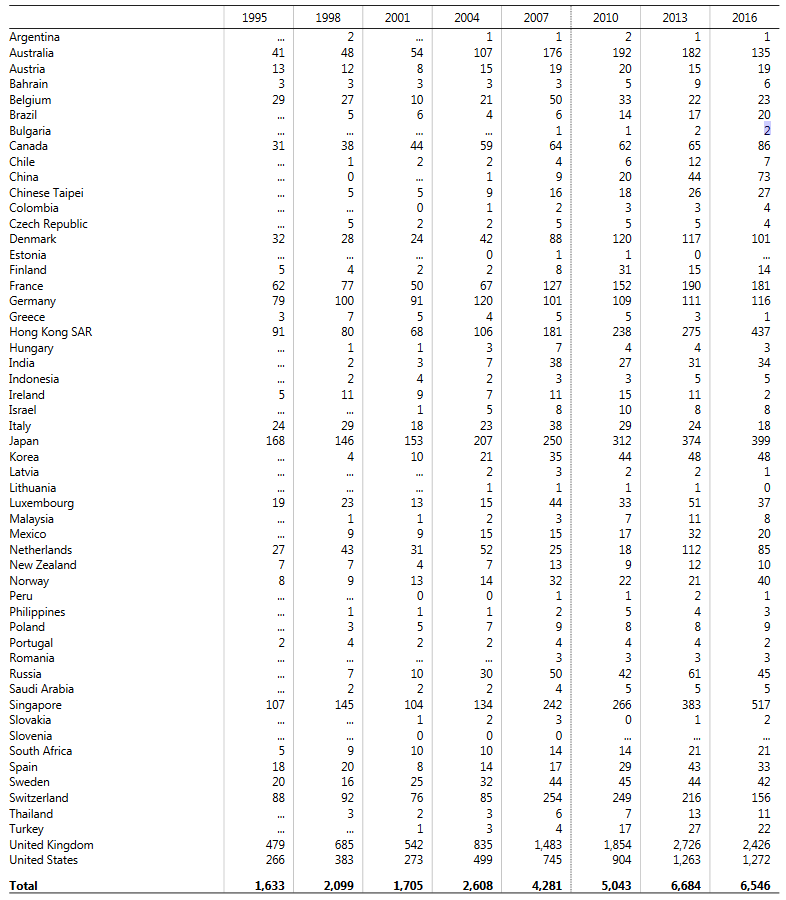