Exness, a forex brokerage house regulated in Cyprus and the UK, saw its trading volume fall back below $200 million threshold in August 2016 to $197.1 million, the broker reported. In the previous month, the broker generated a record-high volume of $253.2 million. Although the August trading volume represents a 22.2% drop from July, it went down by just 2.2% from the same period a year earlier.

The trading metrics showed that, although significantly worse than in July, Exness saw stable results last month and is on the right track. 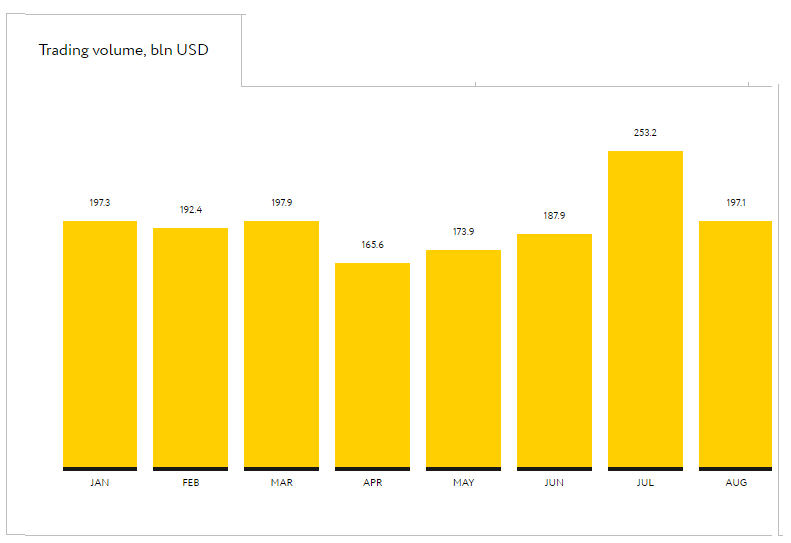 Exness handled 39,095 active accounts in August, which is slightly higher by 1.2% than in the previous month. However, compared to a year earlier, the increase is 10.4%. 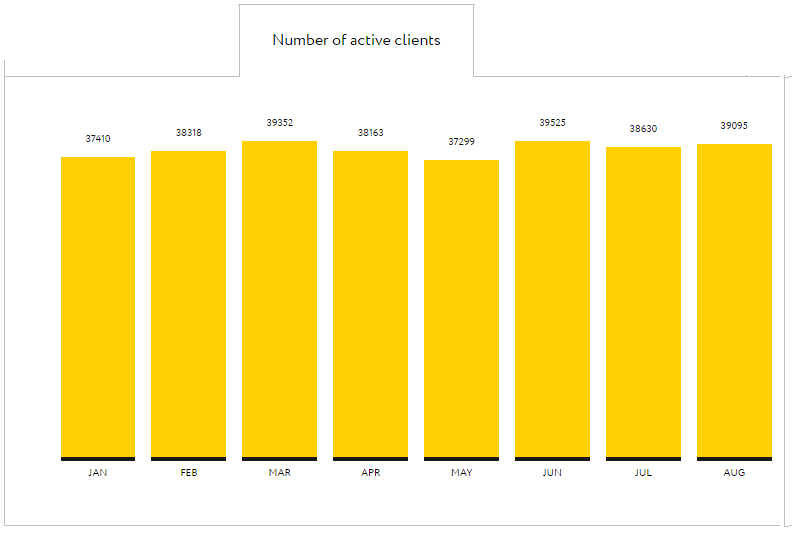 This time, the broker has not published about the amounts of its clients’ withdrawals and partners’ rewards. It provides that kind of information on a quarterly basis.

Exness was set up in 2008 and has grown to become a global forex broker. It offers trading in more than 120 currency pairs via Mini, Classic and ECN accounts, using the MetaTrader 4 (MT4) and MetaTrader 5 (MT5) trading platforms. The brokerage holds a license issued by the Cyprus Securities and Exchange Commission (CySEC) and used to have a license from the Belize International Financial Services Commission (IFSC), but no longer does. Last week, the broker announced it has, through its unit Exness Europe, obtained a license by the UK Financial Conduct Authority (FCA). The group companies are also registered with the relevant regulatory bodies in Germany, the Netherlands, Poland, Spain, Italy, and Sweden.