Forex brokerage Admiral Markets UK, the UK arm of forex brokerage Admiral Markets Group,  generated a turnover of nearly £1.5 million in 2015, posting a significant 317% growth from £463,828 a year earlier, according to a filing with the UK’s trade register Companies House published on Wednesday. Its net profit posted even higher increase to £96,469 in 2015 from £4,522 in the preceding year.

The broker explained the improvement with the completion of migrating of clients from sister company Admiral Markets AS (AMAS) to the company, coupled with the success of the marketing campaigns launched throughout the year.

During the course of 2015, the company continued to expand its retail client base, particularly in central and eastern Europe. This was achieved through the migration of clients from AMAS, and use of on-line and off-line marketing campaigns, the report read. 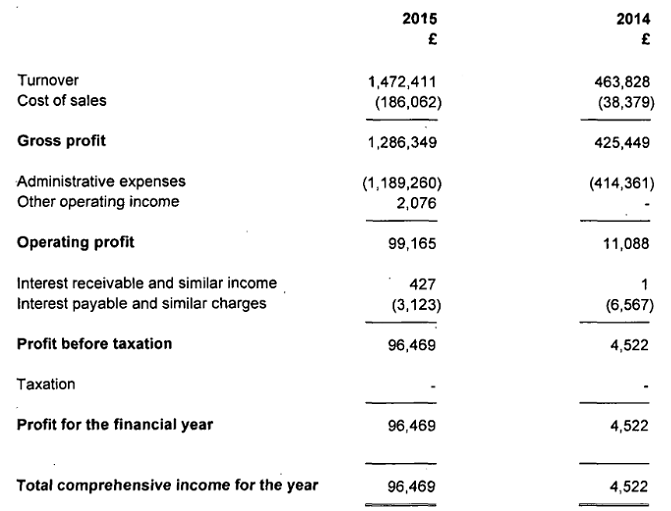