Victims of investment frauds in the UK lost £75 million in total in 2015, according to a notice published last week by the City of London Police. The average amount that investors lost last year exceeded £32,000, which is more than the current average UK salary of £27,270.

A total of 3,186 UK residents reported they were the subject of an investment fraud last year.

“Fraudsters will do everything they can to manipulate potential victims and convince them that they are making genuine investments,” said detective chief inspector Dave Manley of the City of London Police. “Unfortunately once a victim is sucked-in by a fraudster they often end-up parting with a significant amount of money and this can have devastating effects on both the individual and their families,” he added.

In 2014/15 the HM Revenue and Customs, UK’s tax, payments and customs authority, prevented the loss of another £1.3 billion, which includes investment schemes, as well. 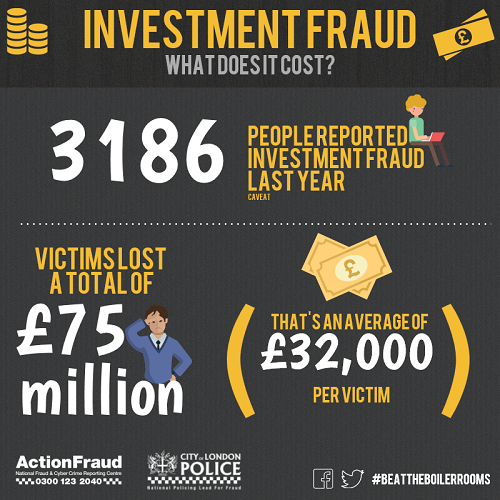 Overall, the typical profile of investors more likely to fall for a scam are senior men that live in cities. Fraud victims generally come from across the UK, but those living in major cities were higher in number. Men accounted for 73% of all scam victims last year. The average age of investors who lost money to fraudulent schemes in 2015 was 65 years.

“Investment fraud continues to be a major threat to individuals in this country and statistics show that those who are over 60 are particularly vulnerable to this type of crime,” Manley noted. 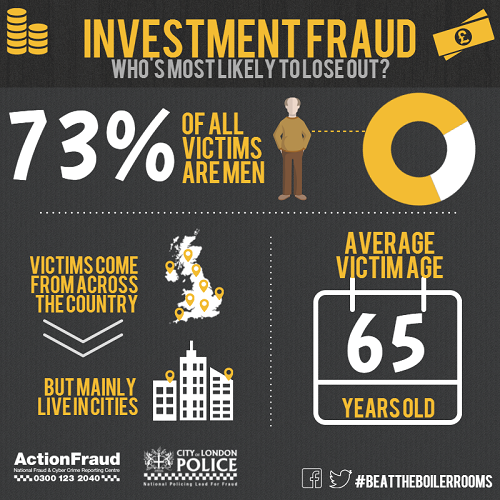 Investment frauds come in all kinds of forms and types. Fraudsters come up with schemes involving a wide range of investment opportunities, including binary options, energies, bonds and shares, diamonds, and many more. 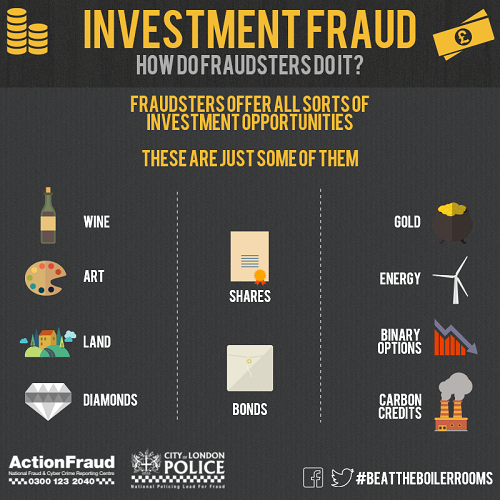 In the first six months of 2016, the number of financial frauds in the UK exceeded 1 million, posting an annual growth of 53%, indicated data from the Financial Fraud Action UK (FFA), a banking and payments industry organization. This means that on average a scam is committed in the UK every 15 seconds. The statement indicated at the time that in 2015 UK investors lost £755 million to financial scams.

In comparison, investors in Australia lost combined $229 million in 2015 due to financial frauds, according to the Australian Competition and Consumer Commission (ACCC). In the January-August 2016 period, Australians lost $3.0 million in total to binary options scams alone.