According to the NSCC, representatives of the Canuck Method have solicited residents of the Canadian province to invest in binary options, without having the license to sell securities. 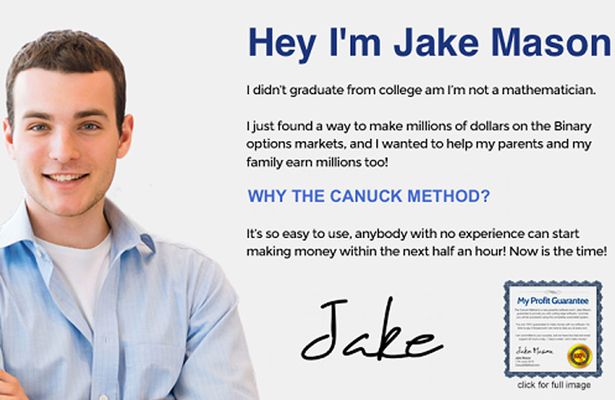 The Canuck Method/Wealth is a version of the Danish Method binary options trading signals scam that promises spectacular profits to inexperienced “investors”, for which Denmark’s regulator had recently issued a warning.

According to media reports, there are also the “Brit Method” and “The Aussie Method” – all using the same design, same wording and the same promises of huge profits. According to numerous publications on the internet, those binary options trading robots, however, are nothing but a scam through which many people had already lost a lot of money.