EU-regulated forex broker Exness saw its volume staying stable in October, despite falling by a monthly 4.2% to $208.9 billion in October 2016. The figure represents an increase of 3.9% on an annual basis.

In comparison, a month earlier, the broker reported a monthly volume of $218 billion, which was the third largest monthly value the broker has generated since its inception.

Exness reached new record-high number of active clients of 39,911 last month after adding 268 new accounts. Compared to October 2015, the figure is 11.6% higher, or up by 4,145. The number has been consistently growing, reaching new peaks several times this year. 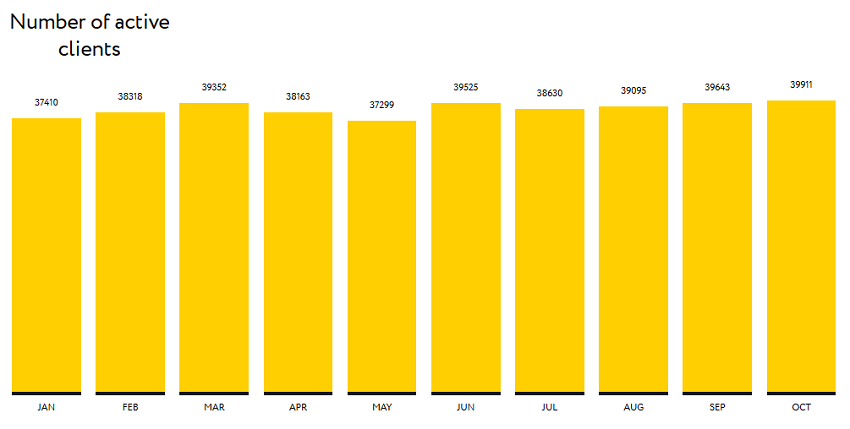 Exness, set up in 2008, is a broker that offers trading in more than 120 currency pairs via the MetaTrader 4 (MT4) and MetaTrader 5 (MT5) trading platforms.

Group companies hold licenses by the Cyprus Securities and Exchange Commission (CySEC) and since recently by the UK Financial Conduct Authority (FCA) and are registered with the relevant regulatory bodies in Germany, the Netherlands, Poland, Spain, Italy, and Sweden. The broker used to have a license from the Belize International Financial Services Commission (IFSC), but no longer does.