It is that time of year when we start looking back at the months past, reflect and make some lists. The Forbes magazine is known for its lists and rankings and it is no surprise that this year it once again publishes a Fintech 50 list. It is for a second year in a row and contains 50 of the most innovative, promising and well funded fintech companies. All companies are seen as providers of disruptive technologies posing a threat to various “traditional” business sectors.

The magazine has listed the 50 fintechs in alphabetical order, but we have decided to divide them into categories and rank them by size of funding.

We are starting off with the bitcoin companies and the underlying distributed ledger technology (DLT), also known as blockchain. The latter is increasingly seen as the future of banking, health services and even fairer electoral process and an ever increasing number of companies from many industries and government bodies in various countries are showing considerable interest in the possible applications of blockchain. 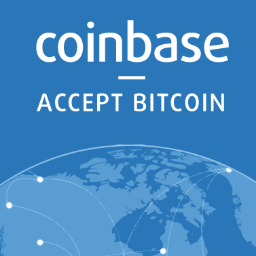 The San Francisco-based cryptocurrency trading platforms and wallets operator is fully compliant with government regulations. This year the bitcoin-only exchange expanded its offering with ether and rebranded its professional trading platform to Global Digital Asset Exchange. Coinbase has 4.7 million customers from 33 countries and in the summer teamed up with the Japanese Bank of Tokyo-Mitsubishi (BTMU) to fuel its Asian expansion. According to Forbes, Coinbase stores 10% of world’s bitcoin on its servers.

In terms of impact, Ripple, also based in San Francisco is probably among the most influential blockchain technology companies, along with its competitor, the R3. This year the Google-backed blockchain technology company received $55 million in a Series B financing round from several venture funds. In the summer Ripple’s Asian subsidiary formed a partnership with SBI Holding and recently the SBI Ripple Asia consortium that includes 42 banks, mostly Japanese, has officially launched. The main endeavor of the consortium is to develop, test and apply a blockchain technology for intrabank transfers, payment settlement services and correspondent banking system.

Xapo is a bitcoin wallet and vault provider. The company stores bitcoins in “cold storage”, i.e. on offline servers for Western investors. It also processes mobile bitcoin transactions and issues bitcoin-based credit cards. The company was founded by Wences Casares who built Latin America’s first online stock brokerage and was looking for a safe place to store his own bitcoins.