Global over-the-counter (OTC) derivatives markets amounted to a gross combined $20.7 trillion in the first half of 2016, according to statistical data published on Thursday by the Bank for International Settlements (BIS). The figure represents a growth of 33.7% over the year and 42.8% compared to the previous six months.

The forex market exceeded $3 trillion in January-June after posting a growth third half-year in a row. The forex segment, just like the overall performance, posted a double-digit growth both over the year and on the mid-year of 20.6% and 18.8%, respectively.

In the forex segment, the value of outright forwards and fx swaps contracts saw the largest growth to more than $1.3 trillion in the period under review from below $1 trillion in the previous six months and the ones before that.

The US dollar (USD) continues to be the most traded currency on a global scale. USD contracts had the highest combined value of more than $2.6 trillion for the January-June period, followed by the Japanese yen (JPY)and Euro (EUR), which had volumes of $873 billion and $837 billion, respectively. 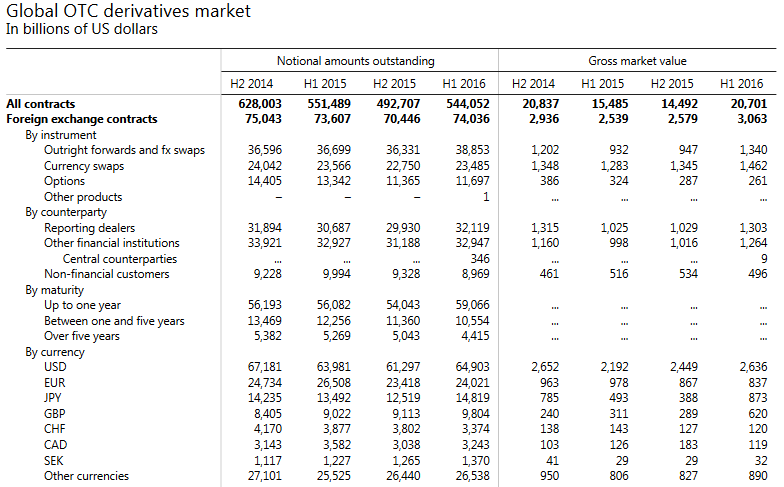 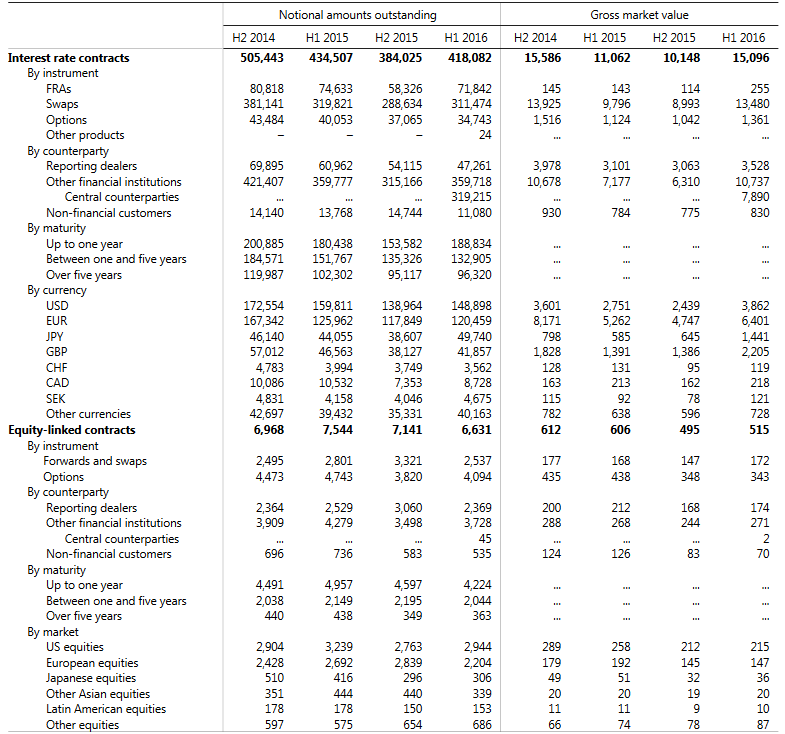 Switzerland-based BIS, set up in 1930, is the world’s oldest international financial organization, with 60 member central banks, representing countries from around the world that together make up about 95% of world GDP