Multi-asset brokerage E-Trade Financial Corp., operating under the E-Trade brand, reported on Wednesday its daily average revenue trades (DARTs) exceeded the 165,000 threshold in September and October 2016,  growing beyond that figure for the first time after January. 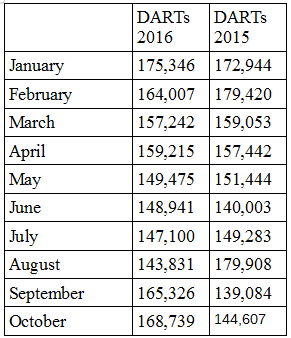 E-Trade opened 2016 strong with a DARTs of 175,346, but since then the monthly values have been very low, reaching as low as 143,831 in August. However, the metrics for the past two months might be an indicator the broker’s operations are stabilizing. For more details see the table on the side.

The broker handled 5,224,900 client accounts at the end of last month, of which 3,438,345 were brokerage accounts. The figures are flat over the month, but represents an increase of 6% for the total and 7.3% in the brokerage segment.

Meanwhile, the amount of client deposits with E-Trade stood at $300.4 billion at end-October, which is 2.1% below the amount reported a month earlier, but 1.9% above that from October 2015. Brokerage customer assets stood at $266.2 billion, or 5.6% higher than a year earlier. 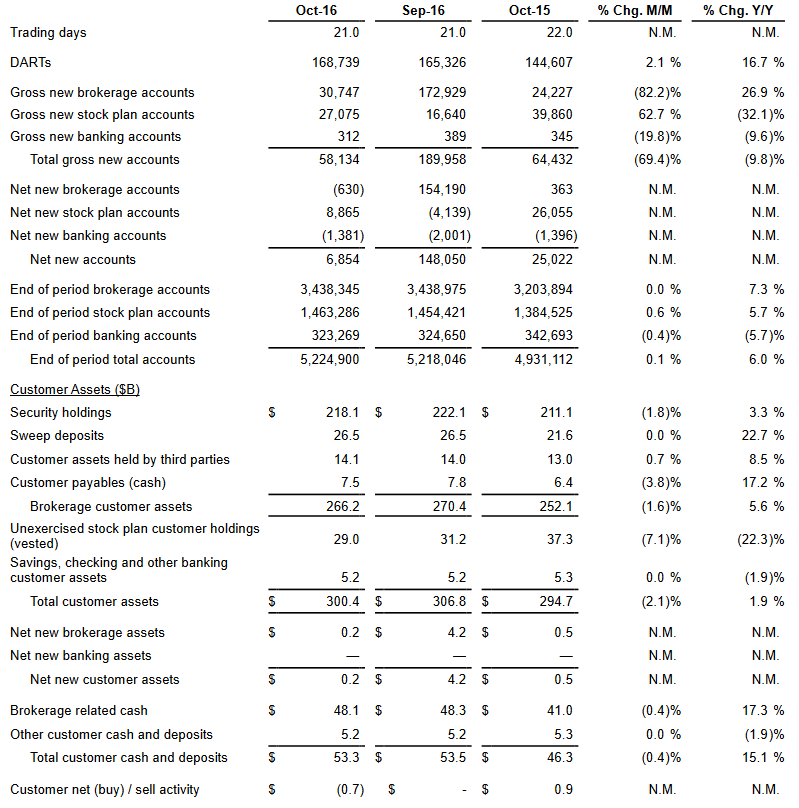 New York-based E-Trade Financial Corp., offers various financial services, online brokerage and banking services. It works primarily with retail clients through its 30 offices across the US. Recently, the company finalized the acquisition of Aperture New Holdings Inc., the indirect parent company of OptionsHouse. The move aims to expand its customer profile with the move.