XTB UK, the UK arm of Polish forex brokerage XTB Group, will introduce temporary changed concerning margins on select instruments as a precautionary measure ahead of the Italian constitutional referendum that will take place in early December, the broker said on Friday.

The changes be applied on 3 December, 2016 (a day prior to the referendum) and will be into effect until further notice.

Following are XTB UK’s margins and below you can find the changes that are to be made: 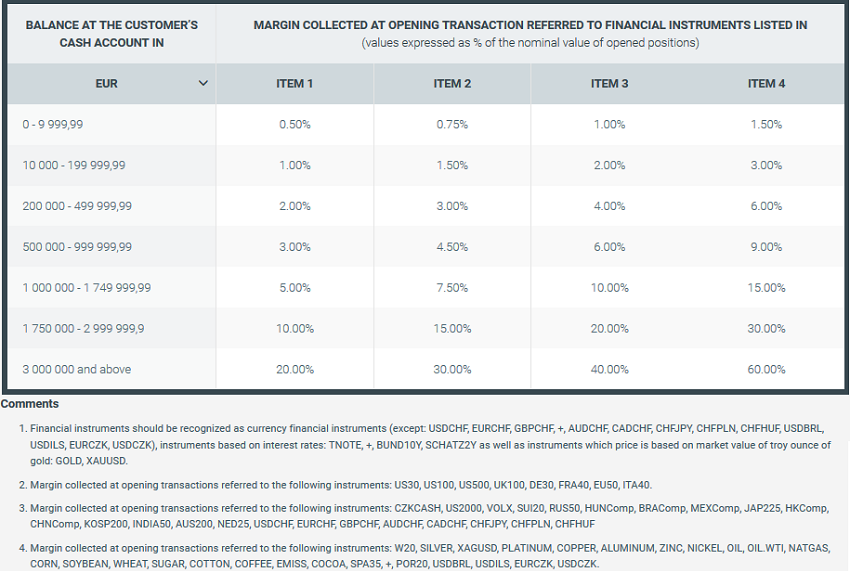 These are the planned changes the broker will make:

Traders should note that if they have open positions in any of the above-mentioned instruments on the MetaTrader 4 (MT4) platform.

The Italian referendum will take place on 4 December, 2016. It will decide whether the country’s constitutions would be amended and, depending on the outcome, might mean the resignation of the Prime Minister. It is also seen as a significant event that would show the future of the EU, of which Italy is part. Exit poll results will be released at the same day. The poll data and the vote itself are expected to affect global markets and cause increased volatility.

IG Group and ActiveTrades also announced last week they were planning margin changes ahead of the referendum. Both brokers will increase margin rates on instruments that are expected to be affected by the vote.

XTB UK is regulated by the UK’s Financial Conduct Authority (FCA) and is part of XTB Group with a Polish-based X-Trade Brokers Dom Maklerski as a holding company. The broker offers trading in more than 50 spot forex pairs, indices, shares, commodities, and exchange traded fund (ETFs).