“The Company does not believe that the topics covered in the circular will have a material operational or financial impact on the Company”, Plus500 said in an official statement, noting “the movement in its share price and market speculation” following the publication of CySEC’s Q&A circular.

We remind you that on November 30 the CySEC issued a circular advising the forex and binary options brokers under its regulations to stop offering trading bonuses and set a maximum default leverage of 1:50. The watchdog gave the brokers until January 30, 2017 to start complying with the new requirements and said it will start reviewing them afterwards. 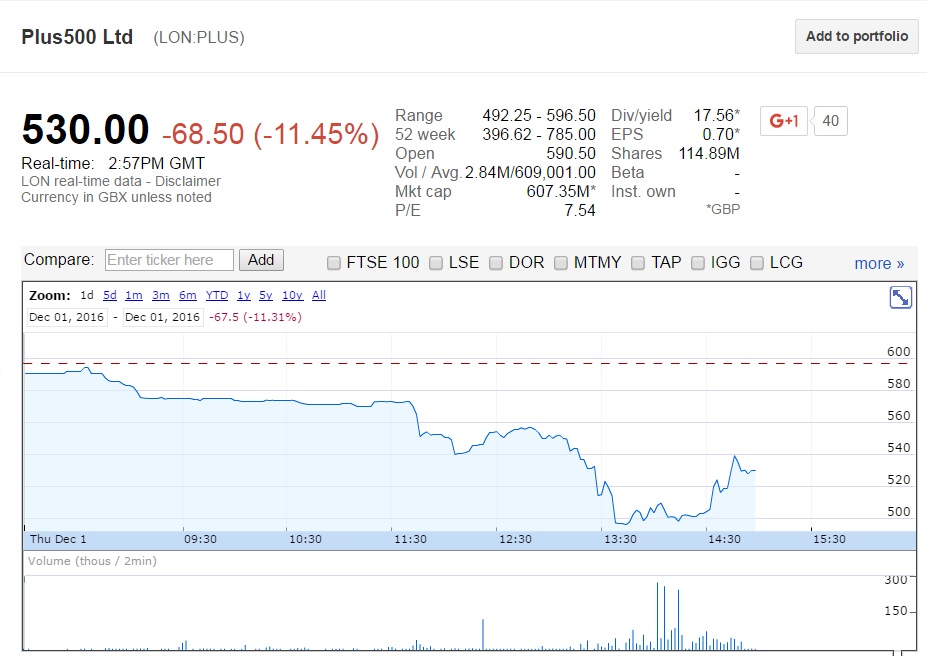 Plus500 is licensed by three other regulators, besides FMA and Israel’s ISA – the Cyprus Securities and Exchange Commission (CySEC), UK’s Financial Conduct Authority (FCA), and the Australian Securities and Investments Commission (ASIC). Recently Plus500 also obtained forex licenses from the Israel Securities Authority and New Zealand’s FMA.