Following Thursday’s announcement of the German Federal Financial Supervisory Authority (Bundesanstalt für Finanzdienstleistungsaufsicht – BaFin) that it plans to “limit the marketing, distribution and sale of financial contracts for difference (CFDs) with an additional payments obligation” to retail clients, some of the major forex brokers who could potentially be affected by it, saw their stock prices fall once more this week, but almost insignificantly.

IG Group, UK’s leading forex broker, for example saw a 2.80% decline on Friday, to GBX 465.4. The decline is definitely not as dramatic as that of earlier this week when IG’s shares fell the spectacular 38%, following the announcement of UK’s Financial Conduct Authority that it imposes a 1:50 cap on trading leverage for CFDs. 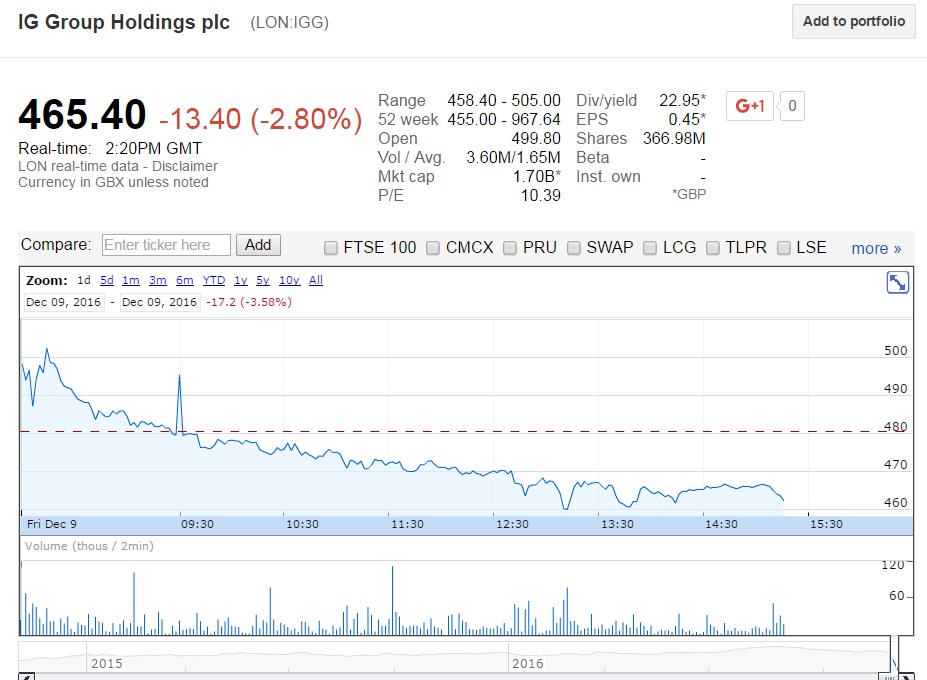 Meanwhile, IG Group was the first to issue a statement regarding BaFin’s decision. Unlike that of other forex brokers who did the same, IG was more guarded in its response and said that it will seek further meetings with the German regulator, before responding to the consultation. Nevertheless, IG pointed out that it has recently introduced the Limited Risk Accounts, which guarantee that a client cannot incur losses in excess of the amount deposited in their account.

Plus500, another major forex broker operating in Germany, welcomed BaFin’s intentions and said an eventual marketing and distribution ban would not affect its business. “All accounts offered by the Company have always had balance protection, meaning the client cannot lose more than the value of their account,” Plus500 said. “The Company therefore believes that any limitations imposed by BaFin in this respect will have no effect on its business.” 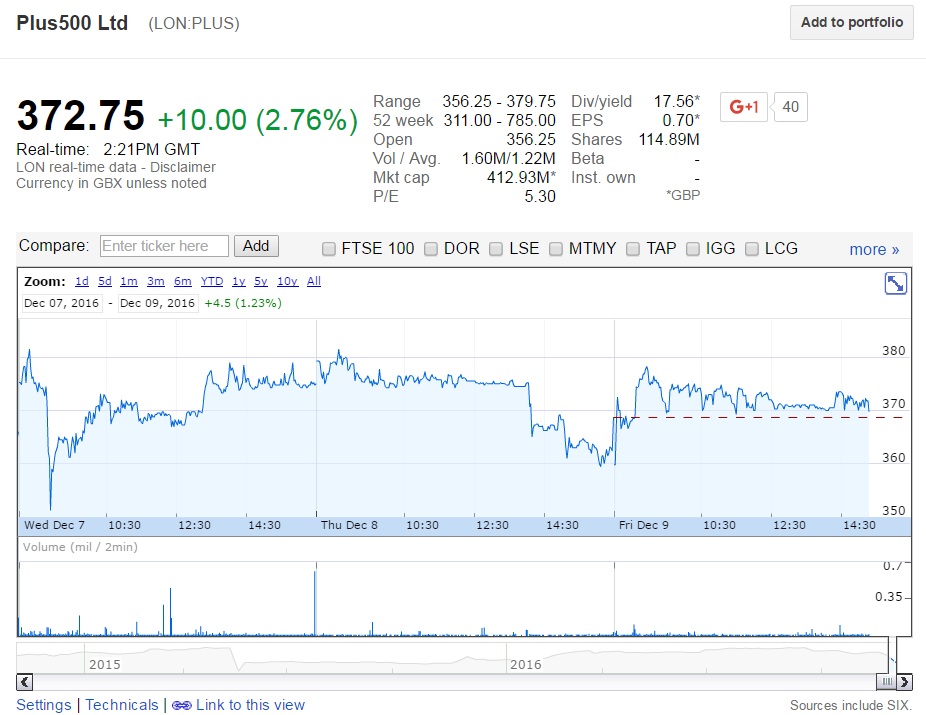 Another broker that gave a lukewarm reception BaFin’s plans was CMC Markets, which called it “a balanced approach”. “The BaFin consultation paper requires CFD providers to ensure that retail clients cannot lose more money than is deposited in their account, a functionality which is already available to CMC Markets clients in Germany,” said CMC Markets and noted that if such functionalities are already in place, there would be no “no leverage limits, and where retail clients’ risk is limited to their deposits, there is no prohibition on marketing, distribution and sale of CFDs.”

CMC is the leading provider in Germany and has had the largest retail CFD market share, based on the latest independent Investment Trends research, since the start of the study in 2011. The broker saw a minor decline of its share price – of 0.66%, to GBX 104, unlike earlier this week when they fell 34.6%.