Saxo Bank, a Danish bank specialized in providing online trading services, reported on Wednesday a trading volume of $344 billion in November 2016, the highest since November 2014.
The figure is the fourth highest since January 2013 when the company started reporting such metrics. The bank’s highest trading volumes reported were registered in January 2013 ($427 billion), October 2014 ($392 billion) and February 2013 ($367 billion).

Saxo Bank’s client deposits, however, slightly decreased from the previous two months to $12.95 billion in November, but are otherwise higher than the rest of the monthly values reported so far. 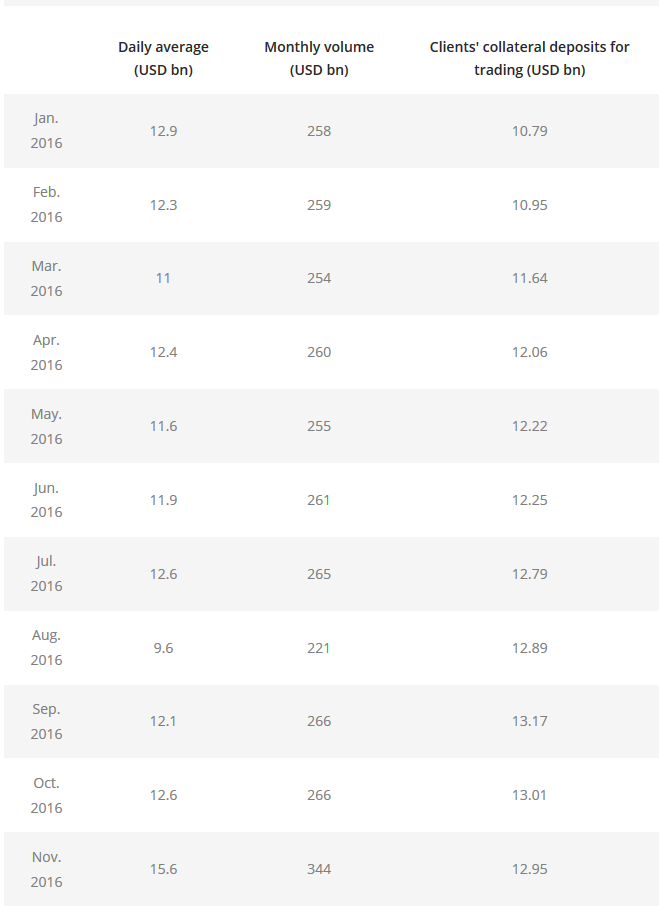