Japanese forex brokerage Invast Securities (TYO:8709) reported on Thursday it turned to a negative consolidated net income of JPY 192 million in October-November, or Q3 of the fiscal year, ending 31 March, 2017, from a positive net income of JPY 9 million a year earlier.

The company’s consolidated operating revenue dropped 10.1% on the year to JPY 2.5 billion for the quarter under review. Trading profit generated from over-the-counter (OTC) forex activities went down by an annual 3.6% to JPY 560 million, while commissions earned from exchange-traded forex dropped by 21.4% year-on-yea to nearly JPY 1.7 billion.

“Although there were difficulties with decreased revenues in the domestic business, revenues and income increased in the overseas financial business and began to make a positive contribution to consolidated performance,” Invast Securities said in a report. The company’s Australian unit, for instance, continued to increase deposited assets and operating revenue in Q3 FY 2017. 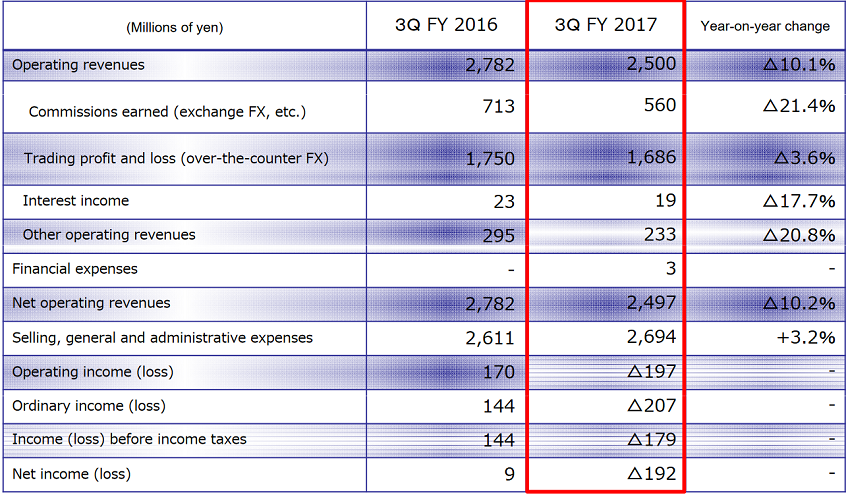 Following are details about Invast Securities’ net operating revenue and profit/loss generated by segment (annual change is in parentheses):

During the quarter, the broker recorded a JPY 21 million gain on termination of lease agreement as extraordinary income due to the relocation of offices for the purpose of reducing costs.

“As the business of our overseas subsidiary expanded, cash flow such as margin deposits included the conclusion of 2,500 million letter of guarantee (LG) and a special overdraft facility agreement with a JPY 1,250 million limit with Mizuho Bank,” the broker added.

Overall, the ratio of operating revenue from overseas financial business has increased by about 2.3 times over a period of two years. In 3Q FY 2017 it accounted to 18% of the total revenue, while for the same period in FY 2015 international revenue accounted for 8% of the total. For details, refer to the diagram below: 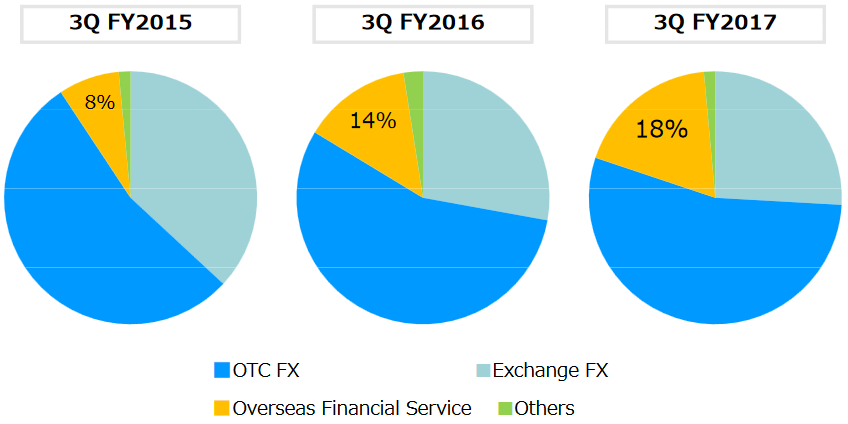 Invast Securities, based in Tokyo, consists of a group of companies regulated by the Japanese Financial Services Agency (JSFA) and the Australian Securities and Investment Commission (ASIC). The company offers trading in forex and contracts for difference (CFDs).