The UK financial authority, the Financial Conduct Authority (FCA), said investment enquiries with its Consumer Contact Center exceeded 13,100 during the 12 months to 30 November, 2016, which accounts for 14% of the total number of received enquiries.

Overall, consumers filed nearly 106,800 enquiries during the reporting period. Of the total, those related to forex were equal to just 3%. The regulator noted that about 8% of all enquiries were for scams where fraudsters contact people and businesses, claiming to be from the FCA with the aim to extract money or personal details from their victims. 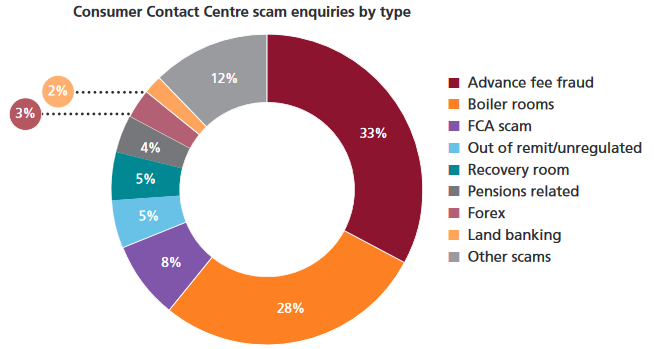 In the investment segment, the largest share, or 17%, of enquiries were regarding binary options, according the FCA’s latest monthly data bulletin. Meanwhile, forex made up 13% of all investors enquiries with the UK regulator.

Concerning binary options, consumers have been contacting the regulator mainly to verify whether firms offering such products are regulated.

Nearly 60% of all enquiries received during the 12-month period were from consumers aged over 55. Enquiries filed by men were around double the number of those filed by women.The disparity is even more evident in the 66+ age group where only 25% were women. In the younger age groups, the proportion of women was higher. 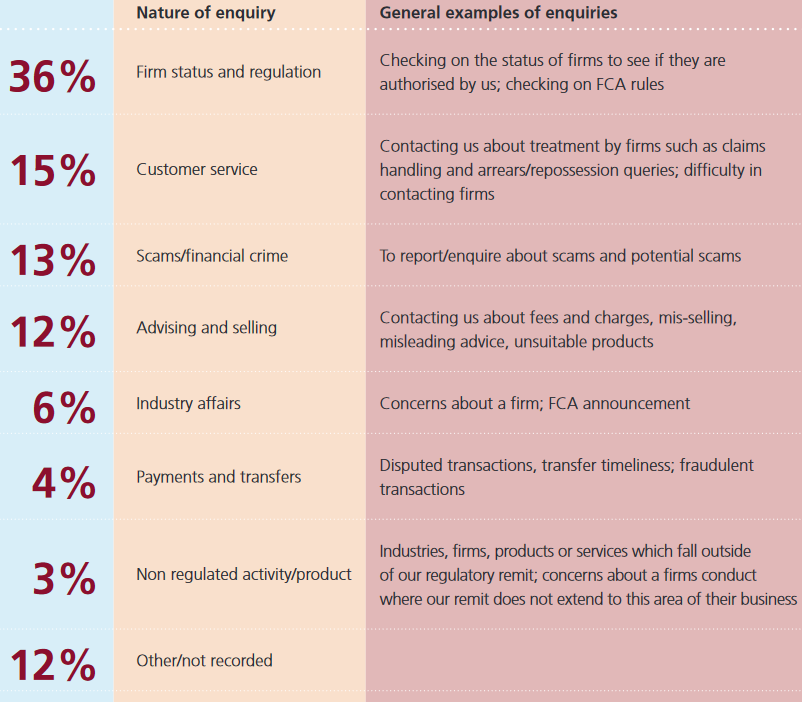 The FCA said certain binary option instruments are to fall under its regulatory parameter. The reason for the change is the implementation of the Markets in Financial Instruments Directive (MiFID) II, which comes into force from 3 January, 2018.

In the UK, binary options are treated as gambling products and fall under the supervision of the country’s Gambling Commission. Due to this, traders in such instruments do not receive protection on their investments. Meanwhile, investments instruments, which are supervised by the FCA, are eligible for coverage under the Financial Services Compensation Scheme (FSCS) of up to $50,000 per investor who trade with regulated brokers.

To read the full FCA bulletin, follow this link.