The Financial Commission (FinaCom), a Hong Kong-based external dispute resolution (EDR) organization, has launched a new section on its website, where it lists companies with which it recommend investors should not engage. The list consists of eight entities, against which the EDR has received numerous reports and complaints.

The creation of a warning list comes right after the EDR expelled EQMarkets as a member. The broker has failed to uphold its obligations and reimburse clients as ruled by the EDR. The broker lost FinaCom membership due to repeated violations and failures to adhere to membership rules and numerous opportunities given to it to rectify shortfalls, the EDR said at the time.

“The below list of names is neither indicative of a company’s regulatory status or lack thereof, nor claims that any such firm is operating a scam or violating any laws, regulations, or failing to uphold high standards of commercial honor, as Financial Commission cannot validate such information for non-members,” the EDR noted. 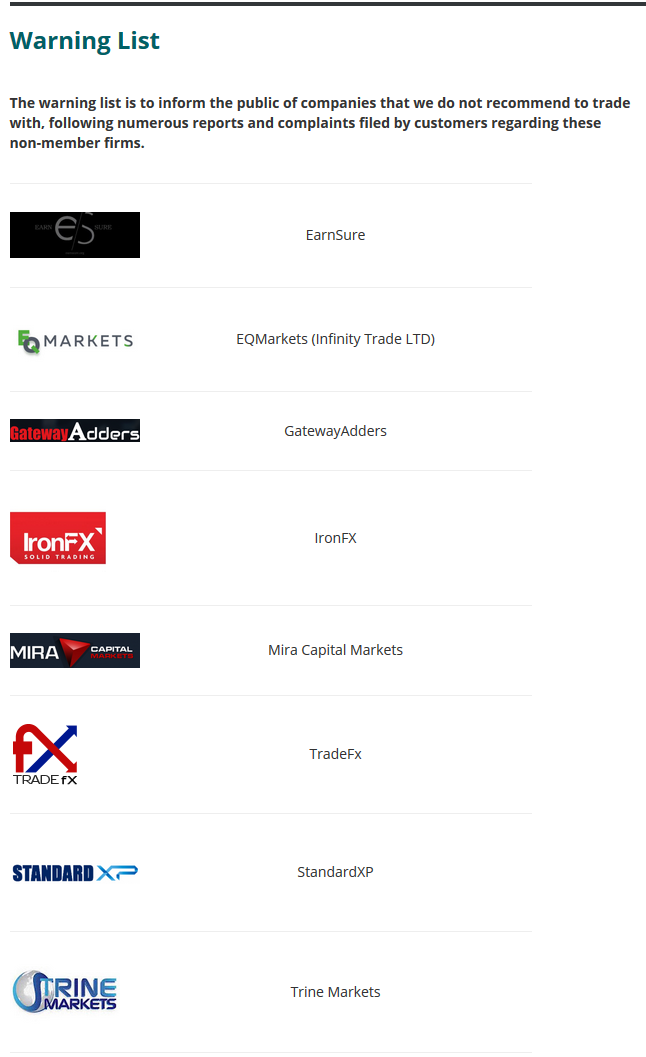 FinaCom acts as a third-party mediator in case of complaints and disputes between its members and their clients. The organization helps facilitate a simpler, swifter resolution process than through typical regulatory channels. It received trader complaints for members and non-members alike. Those concerning non-members are not processed by the EDR.

FinaCom’s members are forex and binary option brokers, as well as independent service providers (ISPs). The EDR organization has two membership categories, depending on the amount of compensation to which investors are entitled. Clients of A-category member get up to to $20,000 and those of B-category members receive a compensation of up to $5,000.

The organization’s members include Alpari, Amarkets, Grand Capital RoboForex, Mtrading, Olymp Trade, Forex Club, FXOpen, among others. FinaCom has also certified the trading technologies of a number of entities.