The financial markets and services watchdog of Mauritius, the Financial Services Commission (FSC) has published a warning that the Mauritius license of the binary options broker VTB Trade is fake. 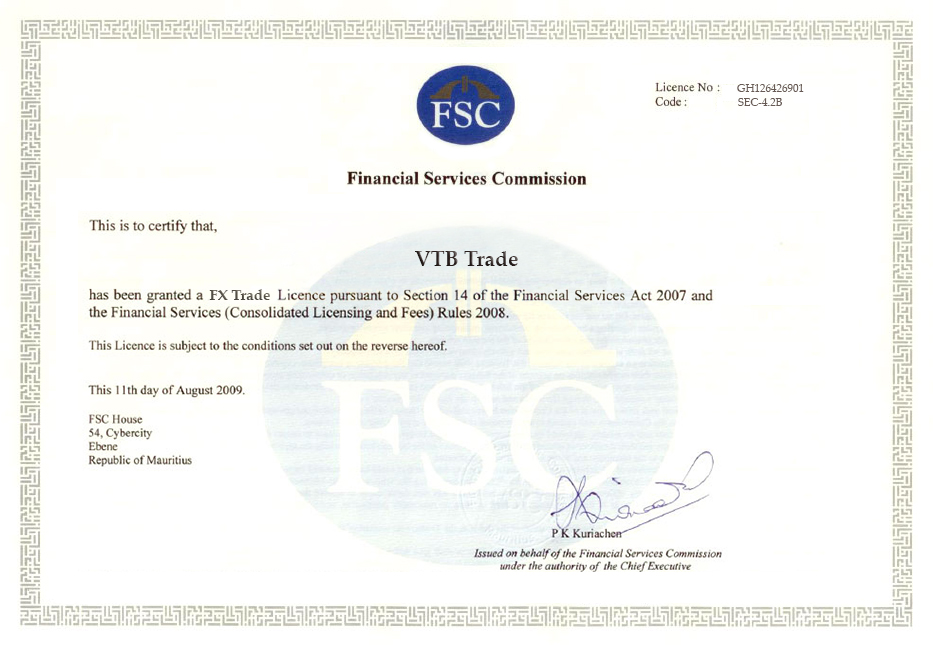 VTB Trade claims to be based in the UK. It offers trading in binary options on the UTIP platform. Our check on the broker’s site found that it makes all sorts of claims, including association with the FCA-regulated forex broker ActivTrades and FMG, which can be anything from a UK insurance company to an Australian iron ore company. Furthermore, the texts on the site have quite a few errors and at certain points do not make much sense.

There are also sections on the site in Russian. This, along with the similarity of the names with the properly regulated Russian forex broker VTB24 Forex, makes us think that the broker is most likely targeting Russian clients.

Generally, we advise our readers to avoid binary brokers, especially unregulated ones, as multiple reports and warnings suggest they are a scam.