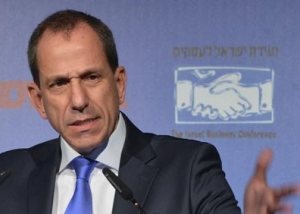 “Are you familiar with the term ‘blood diamonds’? Binary options are blood diamonds – money taken by fraud and robbery”, said Hauser. “It has to be understood that binary options are essentially a gambling instrument, and we have received hundreds of complaints from people in Israel and overseas who lost their money, and are claiming that they were deceived.”

Israel’s massive binary options industry has become notorious for its ruthless selling tactics and greed, often driving its losing clients to despair and even suicide. After the ban on selling binary options to Israeli residents, the industry, whose turnover is estimated in the billions, has turned its full attention to foreign customers. Meanwhile, former employees admit that the system is rigged and clients have no chance of winning, even in the long run.

There have been numerous reports and complaints, but until recently the ISA has not lifted its finger in curbing the industry. Only since the end of last year, after numerous complaints and warnings, the ISA and the Israeli legislation have started considering a ban on offering binary options to clients abroad.

So far, however, an actual ban has not come into fruition.