BitPay, a bitcoin payments processor that is used by forex brokers, announced earlier this week that its BitPay wallet app is now available on Windows Phone.

Launched in January 2015, the company’s Copay wallet has become one of the most popular wallet options for bitcoin users on the Windows Phone platform.

According to its developer, the BitPay wallet app combines the ease-of-use and security of the Copay wallet with BitPay’s consumer payments ecosystem, especially the prepaid Visa debit card for bitcoin users. 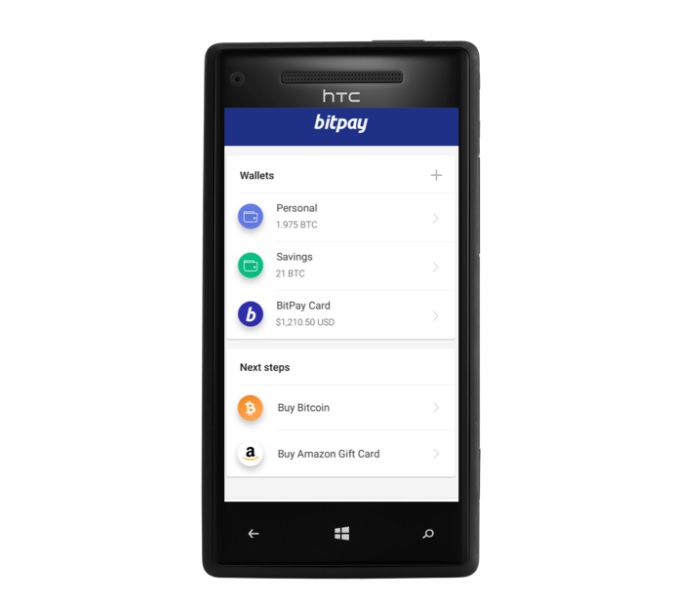 We remind you that BitPay rolled out prepaid Visa debit card with bitcoins to 132 countries, making it possible for users to convert bitcoin into a spendable dollar, euro, or pound balance on a Visa Prepaid Debit Card in just minutes.

Founded in May 2011, BitPay is a global bitcoin payment service provider headquartered in Atlanta, Georgia. It is one of bitcoin’s leading merchant processors.