It seems that the popular Bitcoin exchange BTC-e is gone for good, as the domain is now seized by US authorities. After the initial downtime, attributed to technical maintenance, for days on end the exchange was displaying a maintenance message. 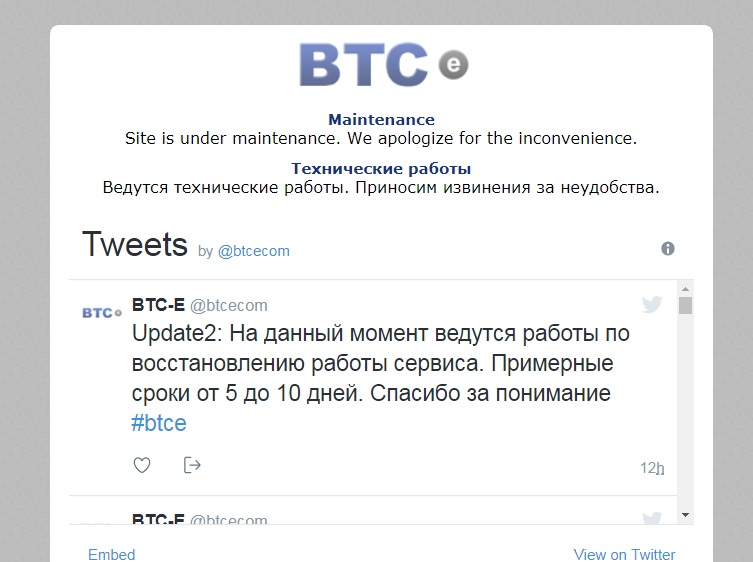 Now the page displays information that the domain has been seized as part of a joint law enforcement agencies, including the Department of Justice, IRS, Homeland Security, FBI, the Secret Service and the Federal Deposit Insurance Corporation.

As we reported last week, the alleged owner of the BTC-e Alexander Vinnik was arrested in Greece and was indicted in the US for “operating an unlicensed money service business, money laundering and related crimes.”  and other crimes, a total of 21. Allegedly Vinnik was involved in the laundering of $4 billion from various criminal activities, including the hack of the now defunct cryptocurrency exchange Mt Gox. The “internationally sought ‘mastermind’ of a crime organization”  Vinnik allegedly facilitated crimes including hacking, fraud, identity theft, tax refund fraud, public corruption and drug trafficking. If convicted, he could face up to 20 years in prison and a hefty fine.

Meanwhile, the site Cryptocoins News reports that clients of BTC-e have started a petition urging authorities to give users their money back from the exchange or to allow them to access and withdraw them.

It is not unlikely that the client funds will be seized by the authorities, or clients will have to prove that they obtained their funds legally. 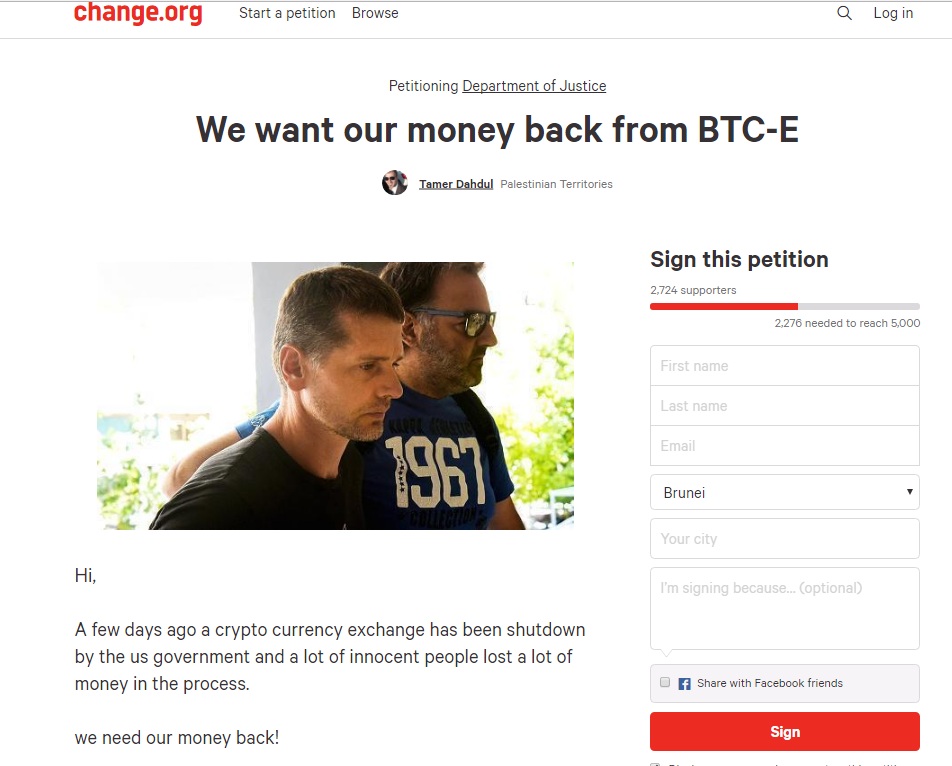