Just days after the first reports that the Chinese government is planning to shut down the domestic cryptocurrency exchanges, which also happen to be some of the largest in the world, the authorities have issued a tight schedule and steps for the closure of operations.

According to Coindesk, quoting own sources from the Chinese exchanges, wishing to remain anonymous,  China’s regulators have issued verbal directives indicating how they expect the businesses to wind down operations due to the fact that they are operating domestically without a formal license.

By the end of September 15, the platforms must make closure announcements and by September 20 they must establish bank accounts to deposit user funds. At the same time, the exchanges shall report their daily activities to the authorities, give them their full client and transaction data. “Shareholders, controllers, executives, and core financial and technical staff of exchanges shall cooperate fully with authorities during the clearing, while staying in Beijing”, ordered the Leading Group of Beijing Internet Financial Risks Remediation, quoted by Coindesk.

Some of the major Chinese cryptocurrency exchanges, like BTCC, viaBTC, BitKan, have already announced their closure. Other two – OKCoin and Huobi – are expected to do so shortly.

Meanwhile, following the news of the imminent closures on September 15, the price of Bitcoin fell below $3000, but later started recovering. 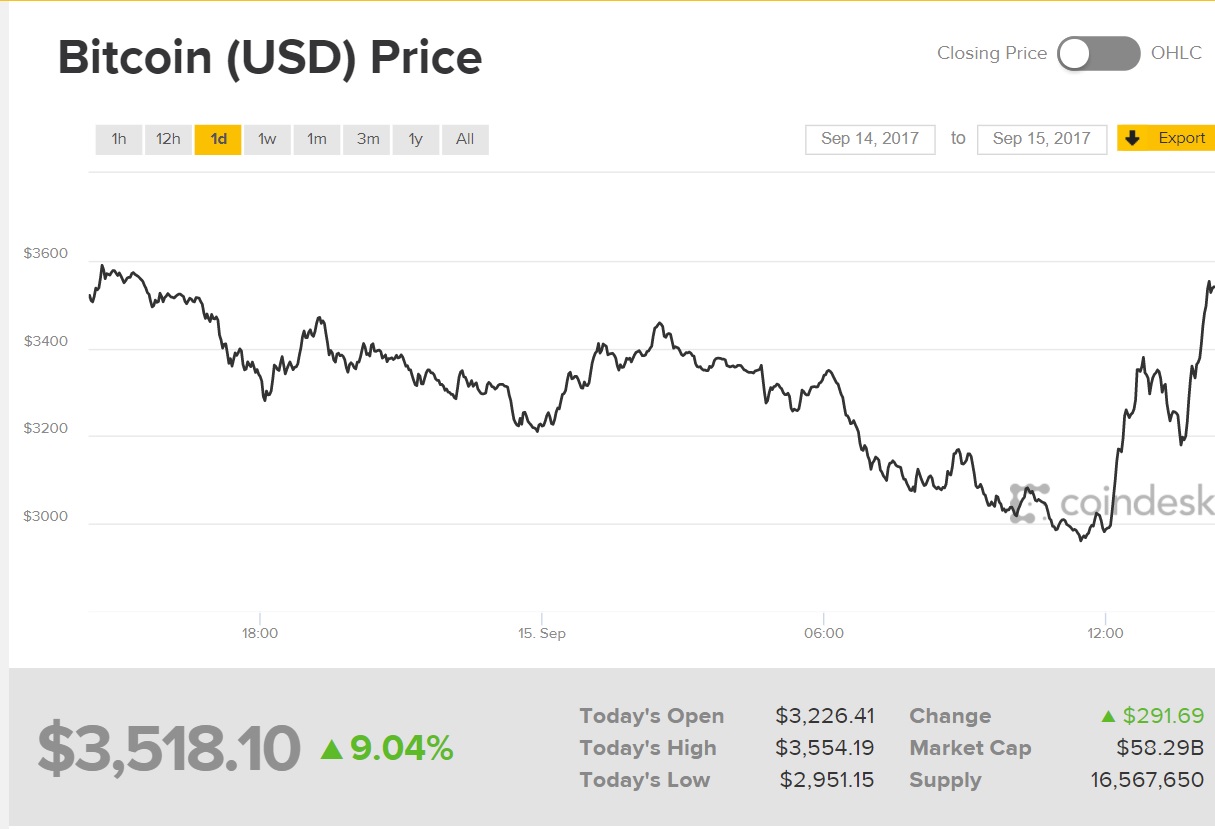