According to the publications, neither BitBay, with an address in Katowice, or Abucoins, with an address in Poznan, have a license for providing payment services and/or issuing electronic money. Subsequently, KNF has notified the respective city prosecutor’s offices of suspicion of committing an offense specified in Article 150 and Article 151 of the Act dated 19 August 2001 on Payment Services.

It is worth noting that in Poland, as in most other countries, there is no specific legislation regulating the cryptocurrency industry, but apparently the cryptocurrency exchanges fall under the Payment Services legislation. The fact that the two do not have a license does not necessarily mean they are a scam, but as with all cryptocurrencies and exchanges, one has to be very careful and well aware of the risks.

The two exchanges are based in Poland and are offering trading in cryptocurrencies for fiat currencies and the other way around.

Meanwhile, it has emerged that the KNF and the Central Bank of Poland have paid PLN 90 000 (around $27 000) to two popular Polish YouTube channels – that of the vlogger Marcin Dubiel (with over 900 000 subscribers) and the Planeta Faktów channel (1.5 million subscribers) to slander cryptocurrencies. The video, called STRACIŁEM WSZYSTKIE PIENIĄDZE?! (Lost all money) has nearly half a million views since December 8, 2017 on Dubiel’s channel.

It shows Dubiel who has invested in “Dubielcoin”, a cryptocurrency and drives a posh red sports car. He, however, does not have cash to pay for the dinner, and the restaurant won’t accept cryptocurrencies, so his date ends up paying the bill and dumping him. Dubiel cannot pay for parking or the car either, the price of Dubielcoin eventually tanks and he is now penniless – collecting pennies from the bottom of an empty fountain in a plastic cup. 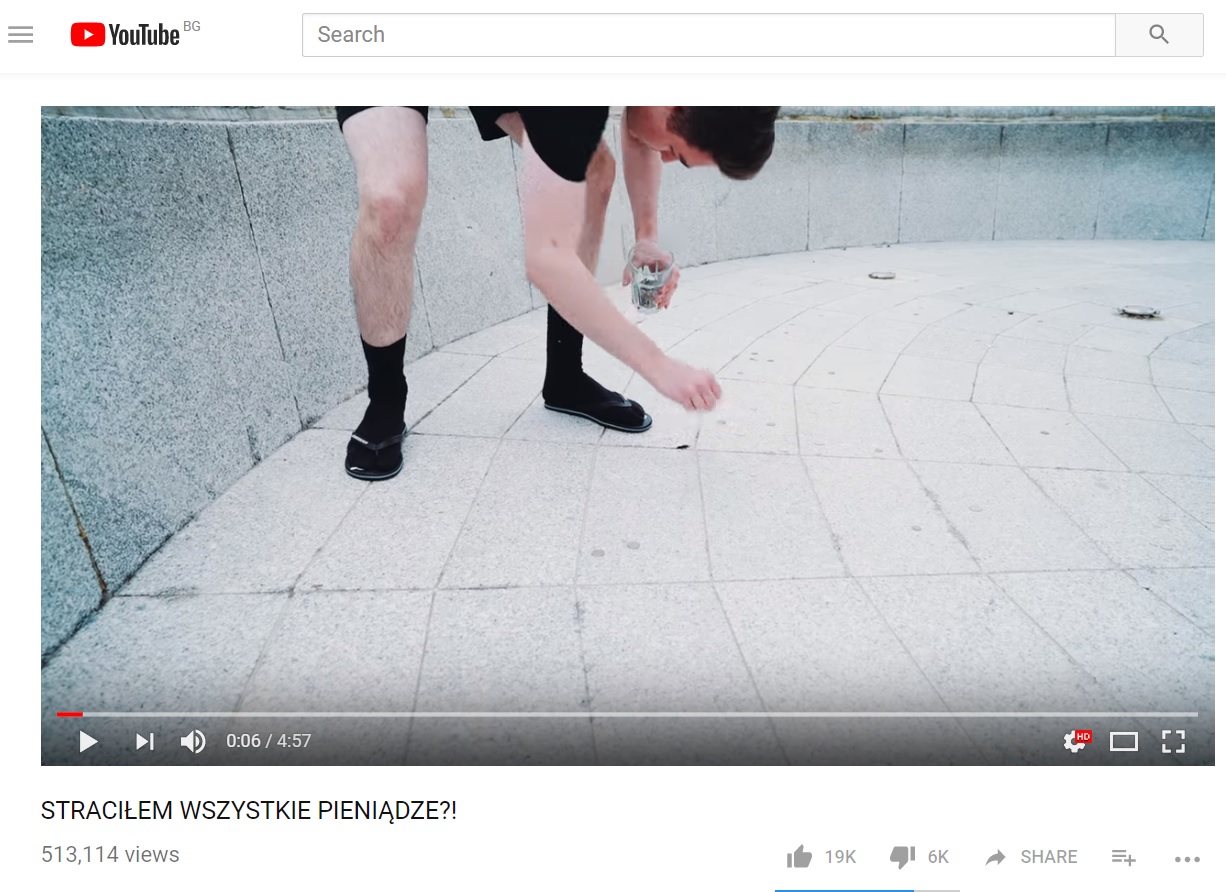 According to the report of the financial site Money.pl, the Polish c-bank and KNF have paid the money to  Google Ireland and Facebook Ireland and its beneficiaries were Gamellon, a managing partner network of YouTube. The content, however, has not been marked as sponsored or an ad for a campaign.