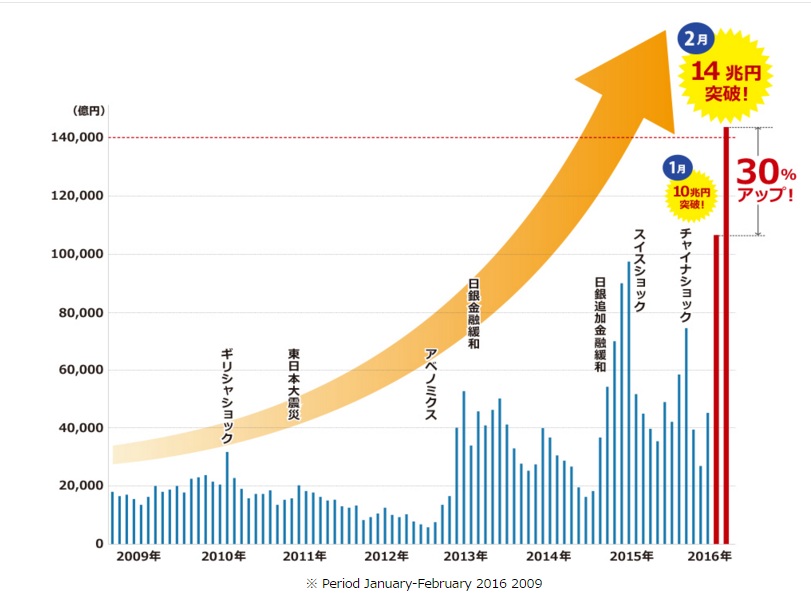 In its statement FXPrime explains the figures with market volatility, Bank of Japan’s introduction of negative interest rates, crude oil prices and financial uncertainty of the European and US economy.

The results of FXPrime are completely in tune with the overall performance of the financial services subsidiaries of GMO Click Holding performance in February. The other forex broker – GMO Click Securities was the one with the highest retail trading volume in the world – JPY 144.3 trillion, or about $1.28 trillion. FXPrime, on the other hand, was the broker with the highest monthly growth in trading volume from retail trading activities.

In spite the record trading volumes, however, GMO Click Holding reported a drop in the preliminary consolidated operating revenue in February to below JPY 2 billion.

In other developments, GMO Click Holding announced that in 2017 it will launch an internet bank in partnership with Japan’s Aozora bank.